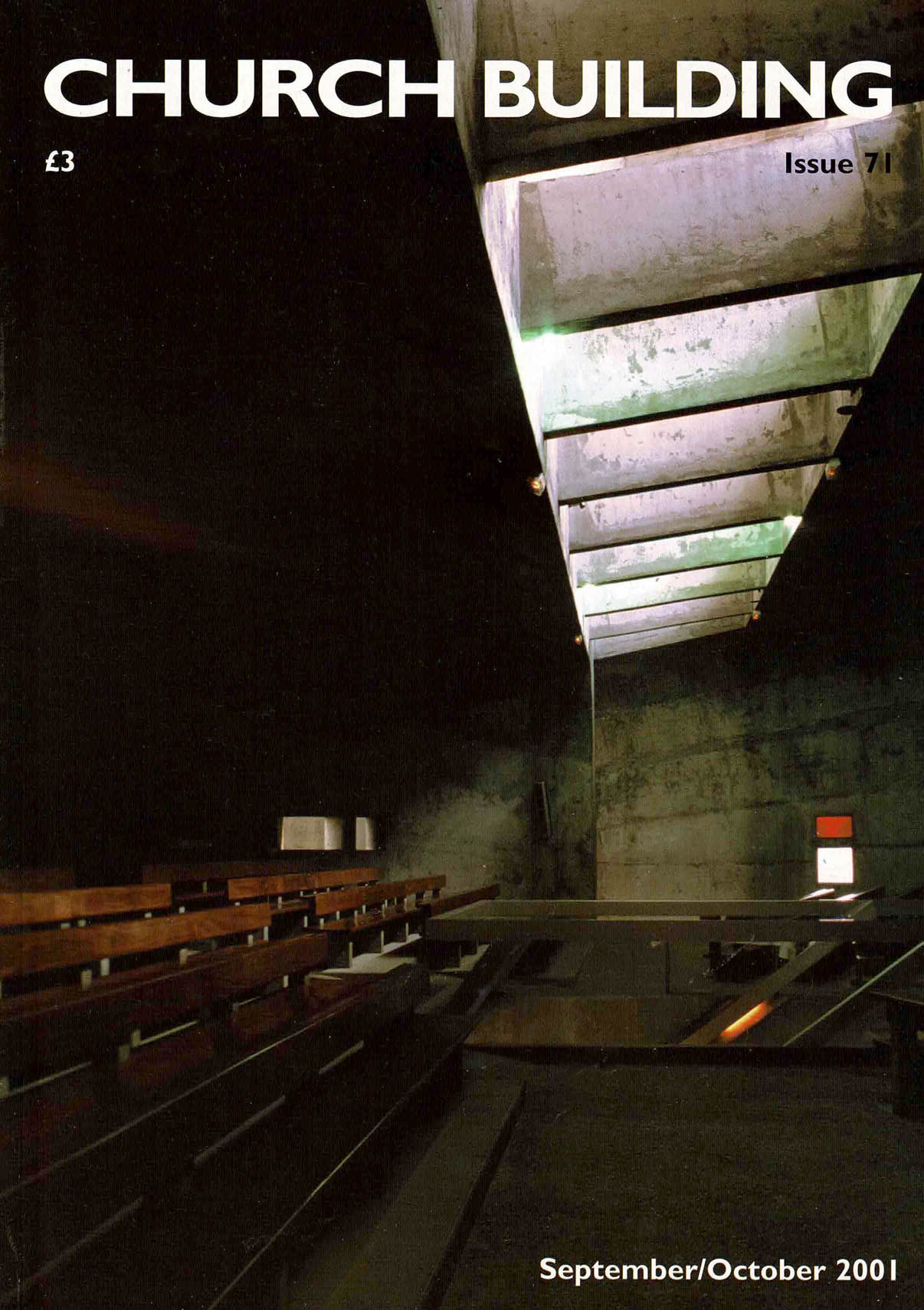 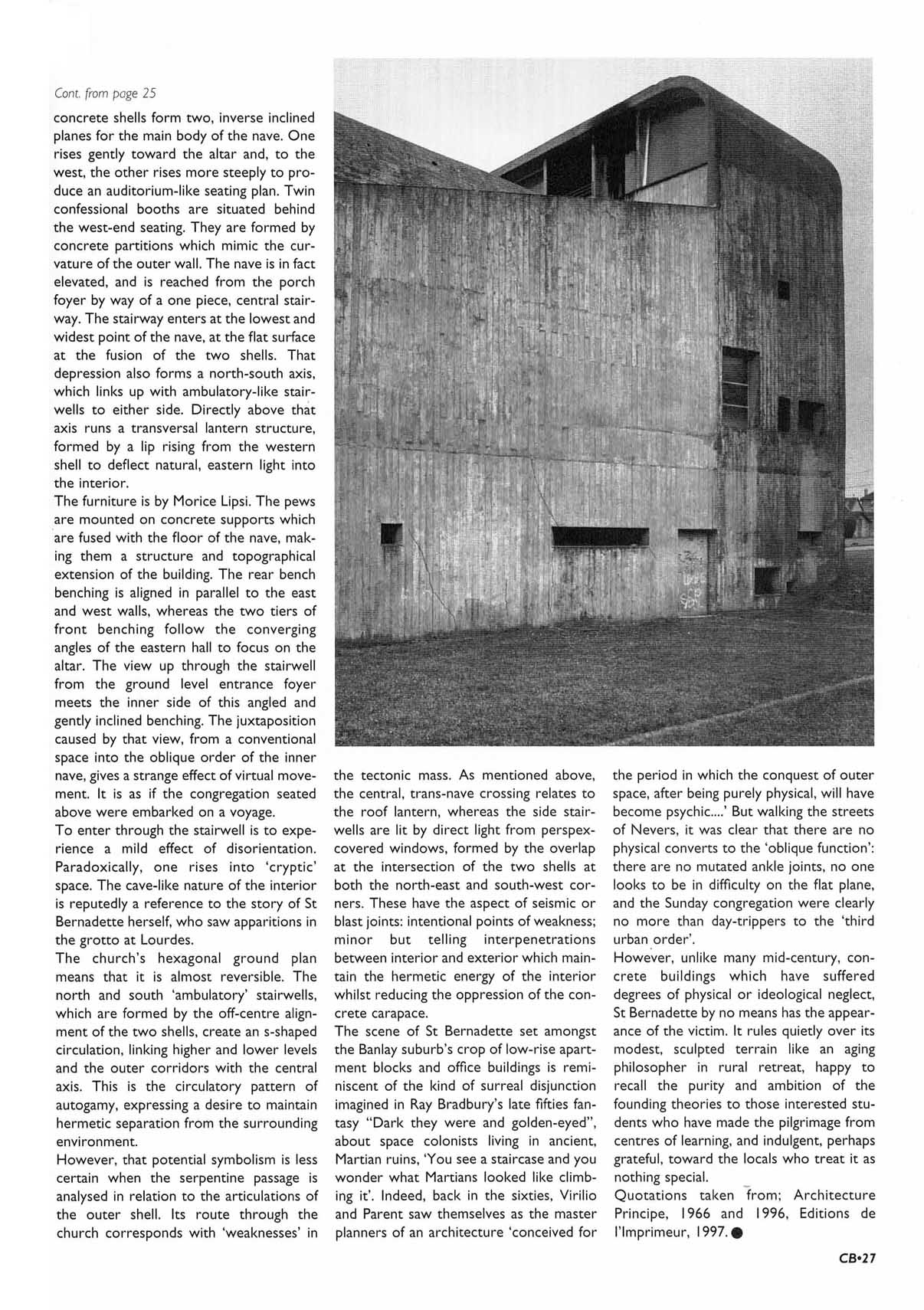 Commissioned by Edwin Heathcote, this article formed part of a series of returns to modern churches of the 20th century within Church Building magazine, as a revisit to the radical church of Parent and Virilio’s ‘oblique function’: ‘The view up through the stairwell from the ground level entrance foyer meets the inner side of the angled and gently inclined fixed benching. The juxtaposition caused by that view – from a ‘conventional’ space into that of the oblique order of the raised, inner nave – gives a strange effect of virtual movement. It is as if the congregation seated above were embarked on a voyage’ (p. 27).