East Sussex Modern was an exhibition developed by Photolanguage for Electro Studios Projects Space, October 2016. It generated new work in response to the legacy of the modern architecture and engineering infrastructure of Hastings and the surrounding region, in particular the work of the Water and Borough Engineer, Sidney Little (1885-1961).

Photolanguage, working under the title ‘Journeys in a Modern Topography’, produced photography and text works from a series of documentary forays, exploring sites from the Hastings coastal promenade to the inland reservoirs of Powdermill (1932) and Darwell (1949).

We constructed a dialogue between the official sites associated with this modernist legacy and a series of found sites discovered on our itinerary of travel. This led to the staging of a series of architectural and landscape displacements in image and text: A 1930s concrete shelter from Little’s coastal promenade was transposed into the landscapes of Powdermill and Darwell. Little’s town landscaping typologies of the ‘sunken garden’ and the ‘rock garden’ were revisited and prompted ‘proposed’ and ‘abandoned’ Little gardens at ruined sites across the region. 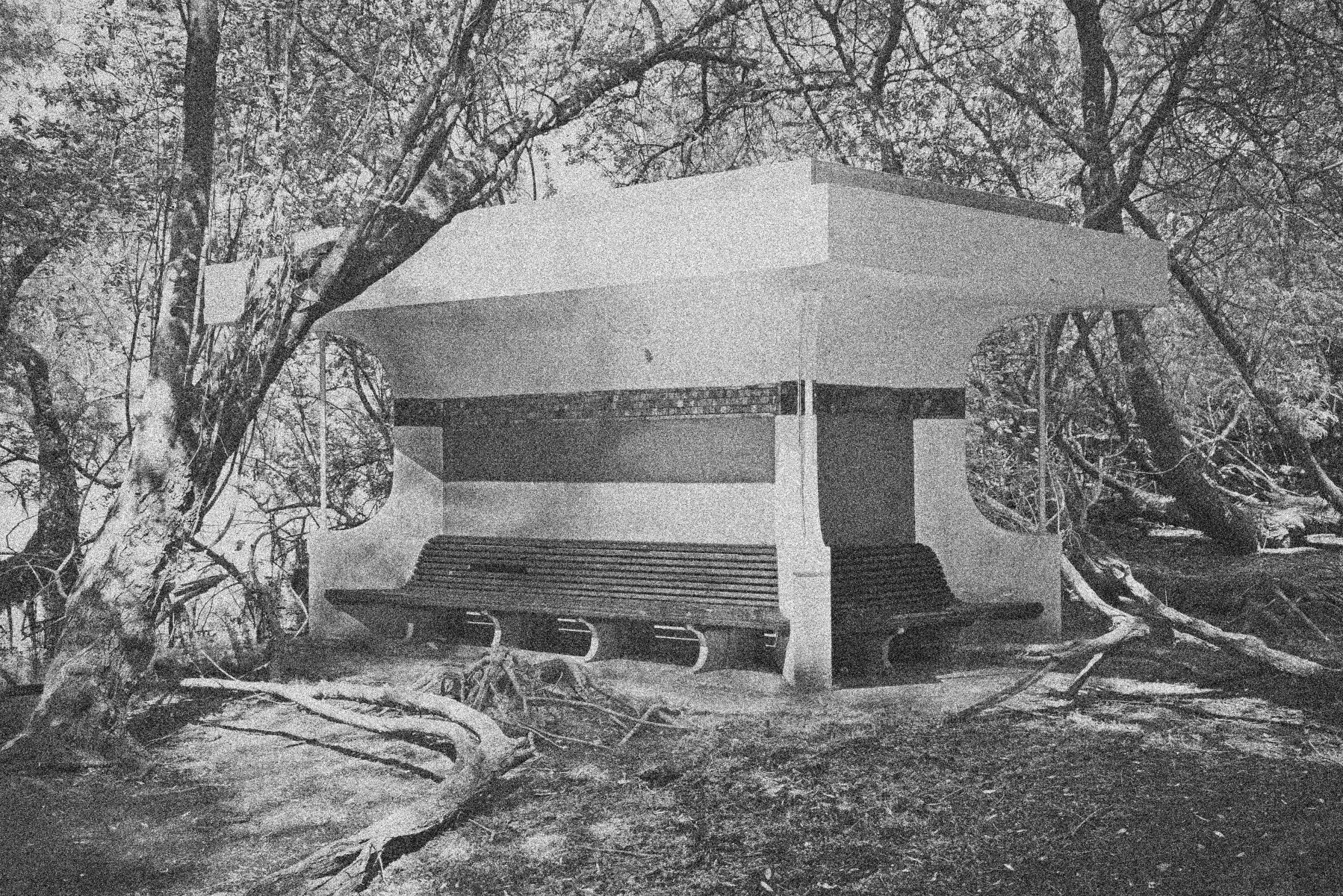 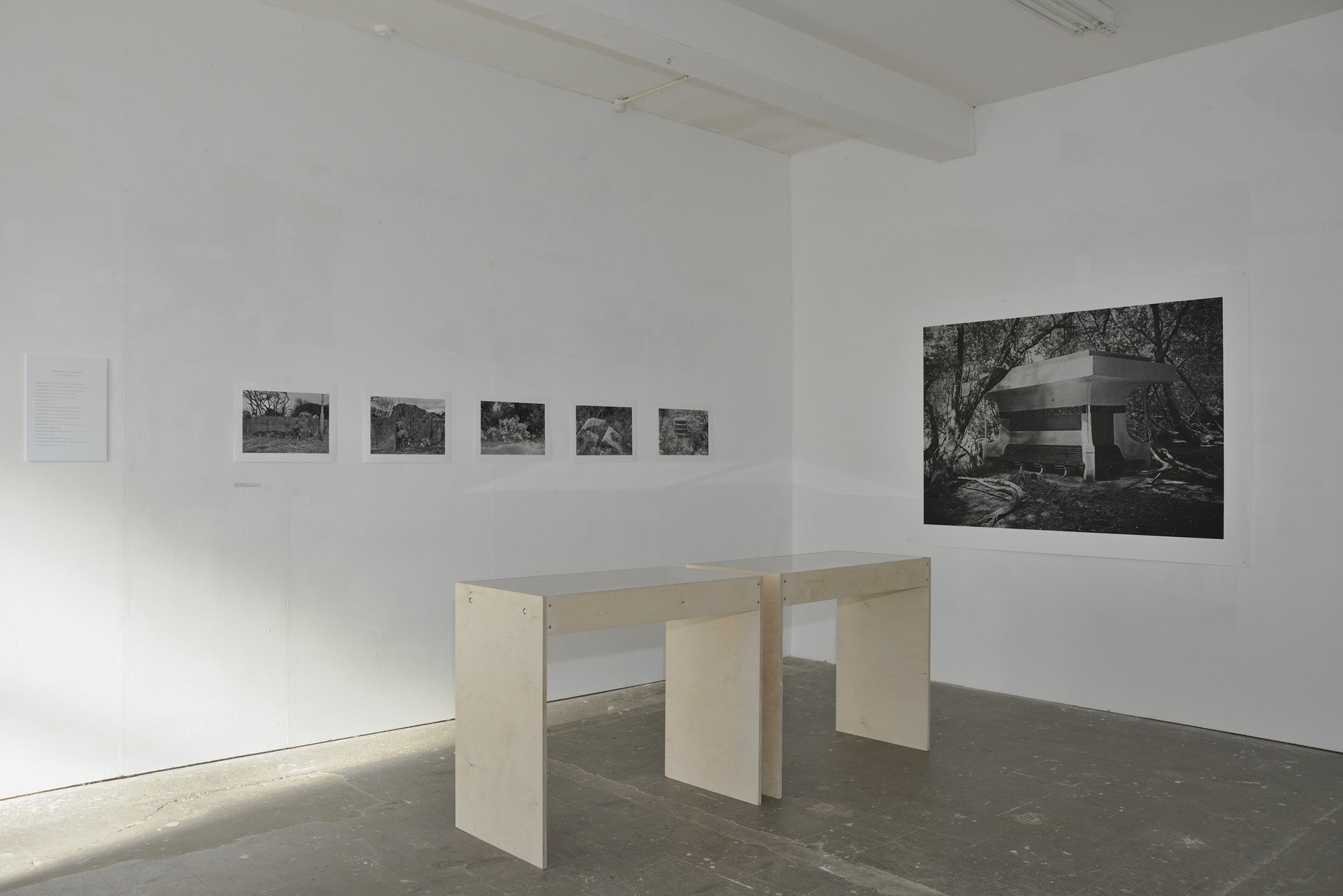 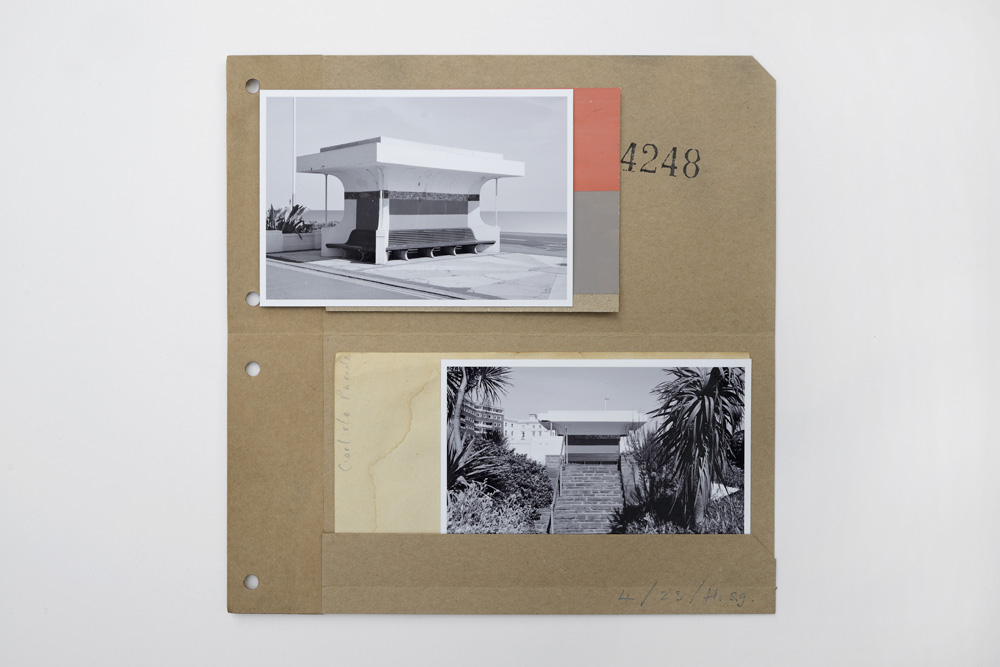 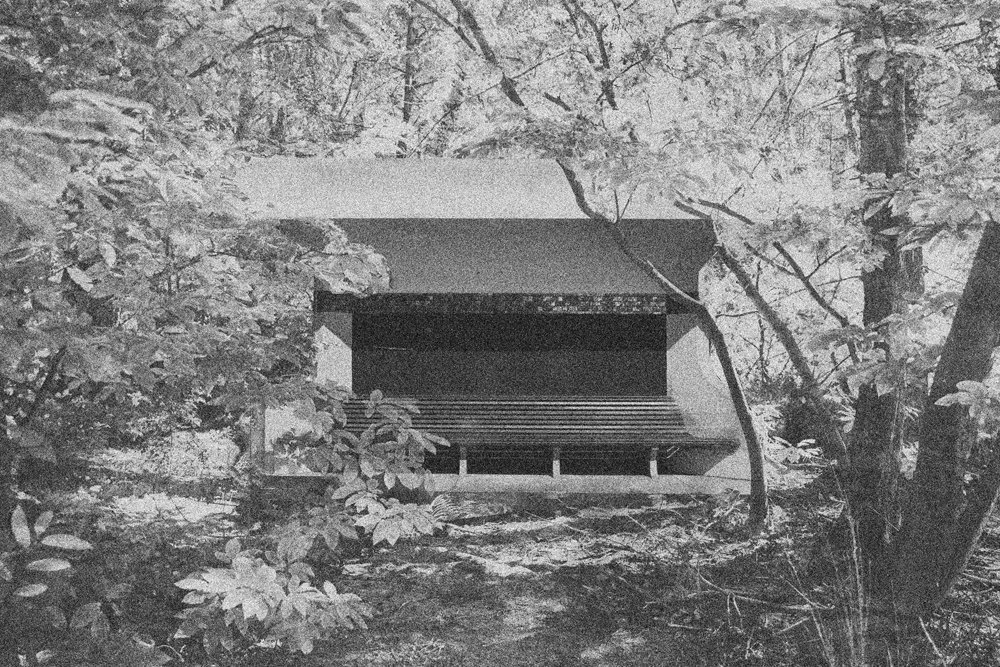 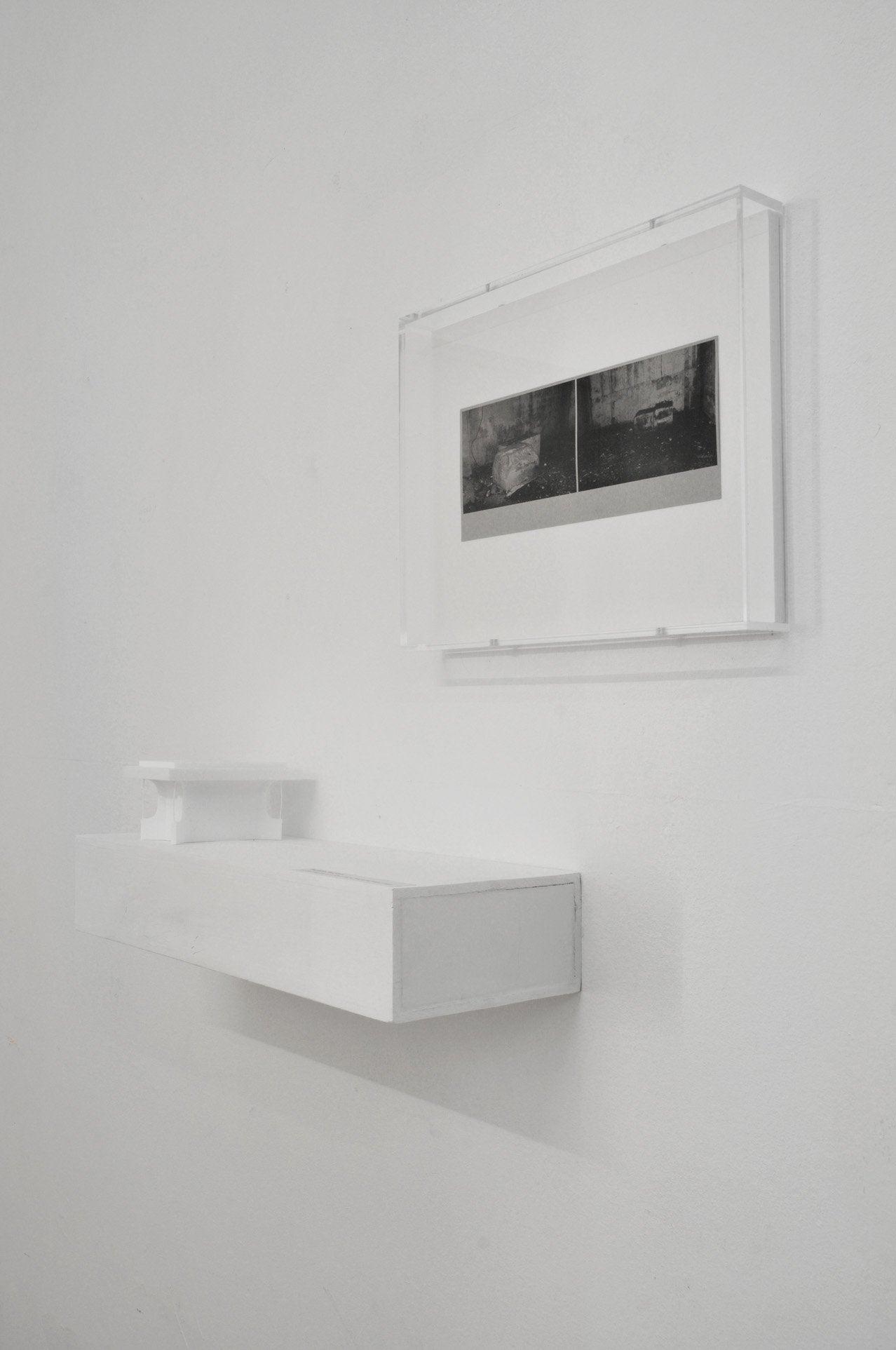 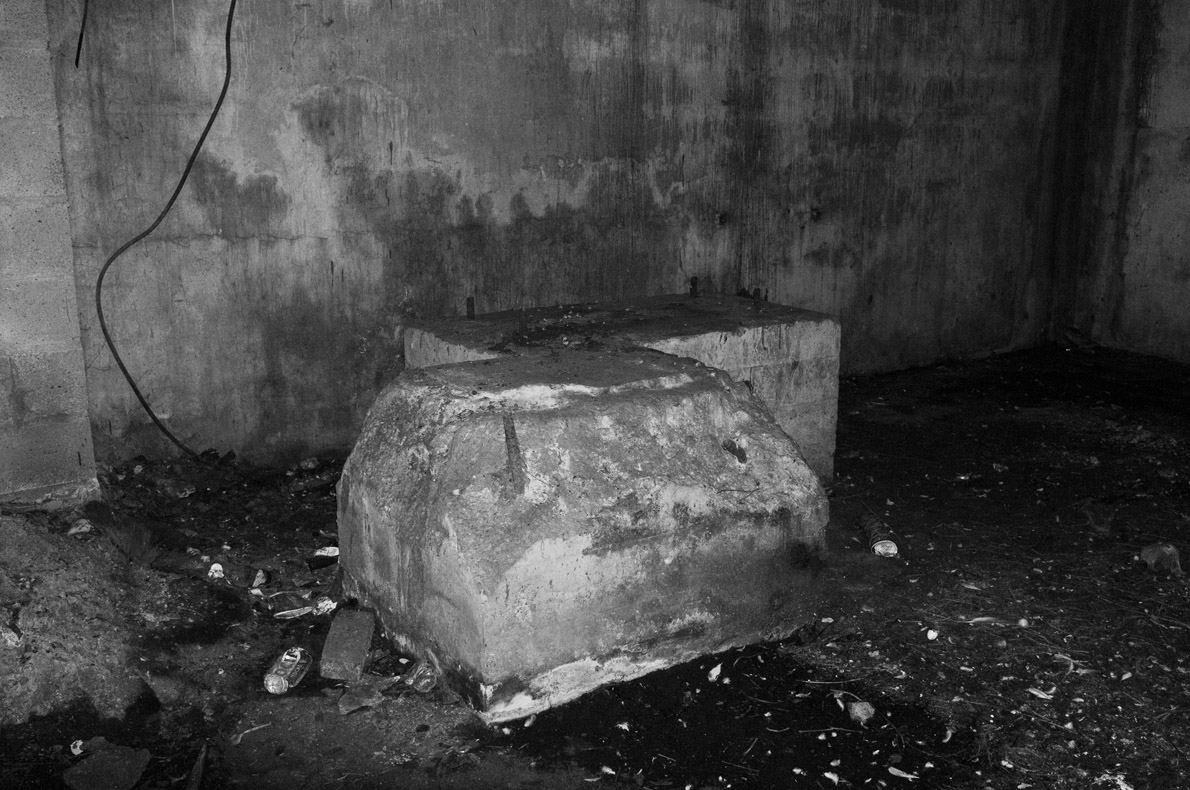 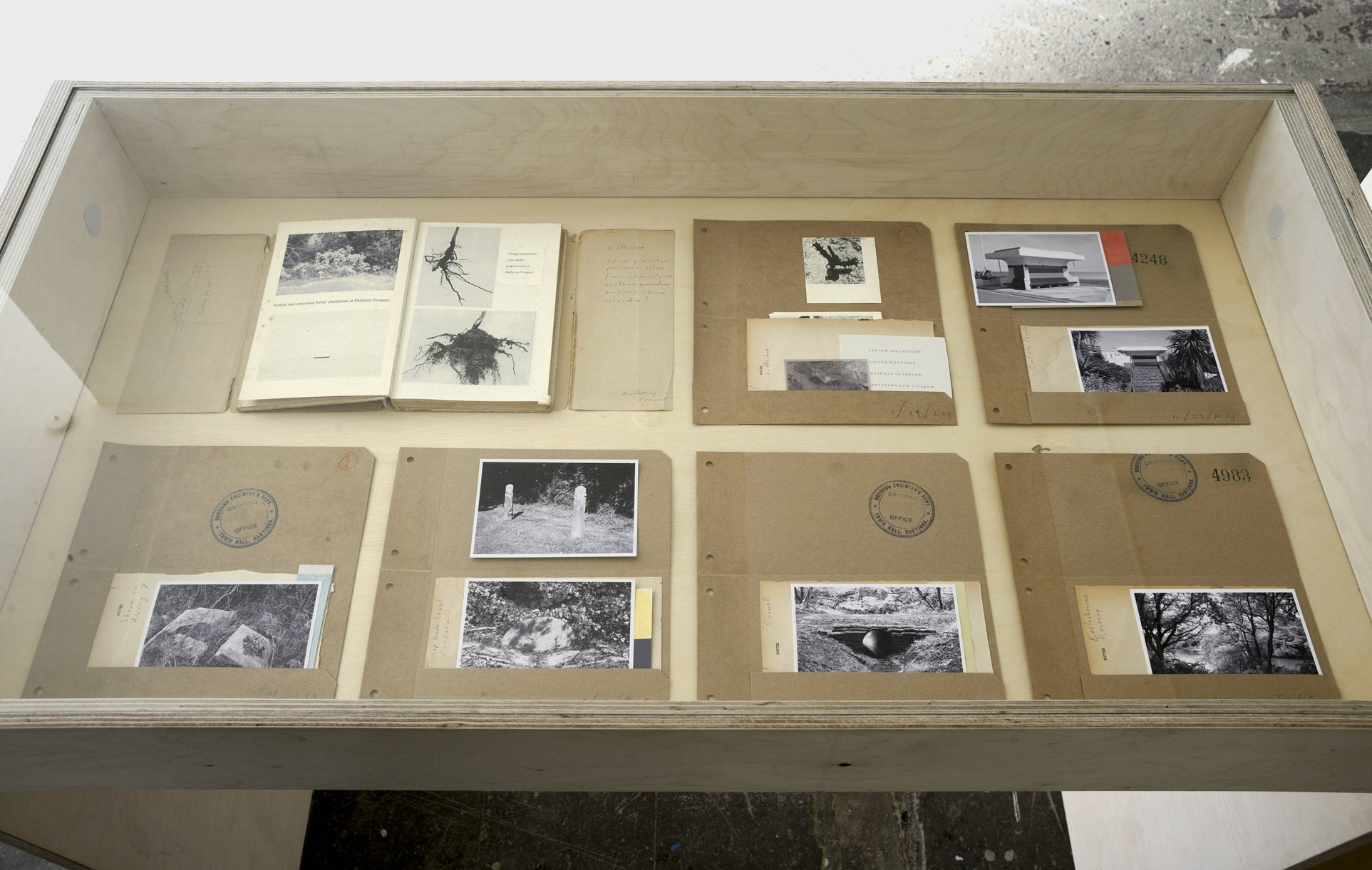 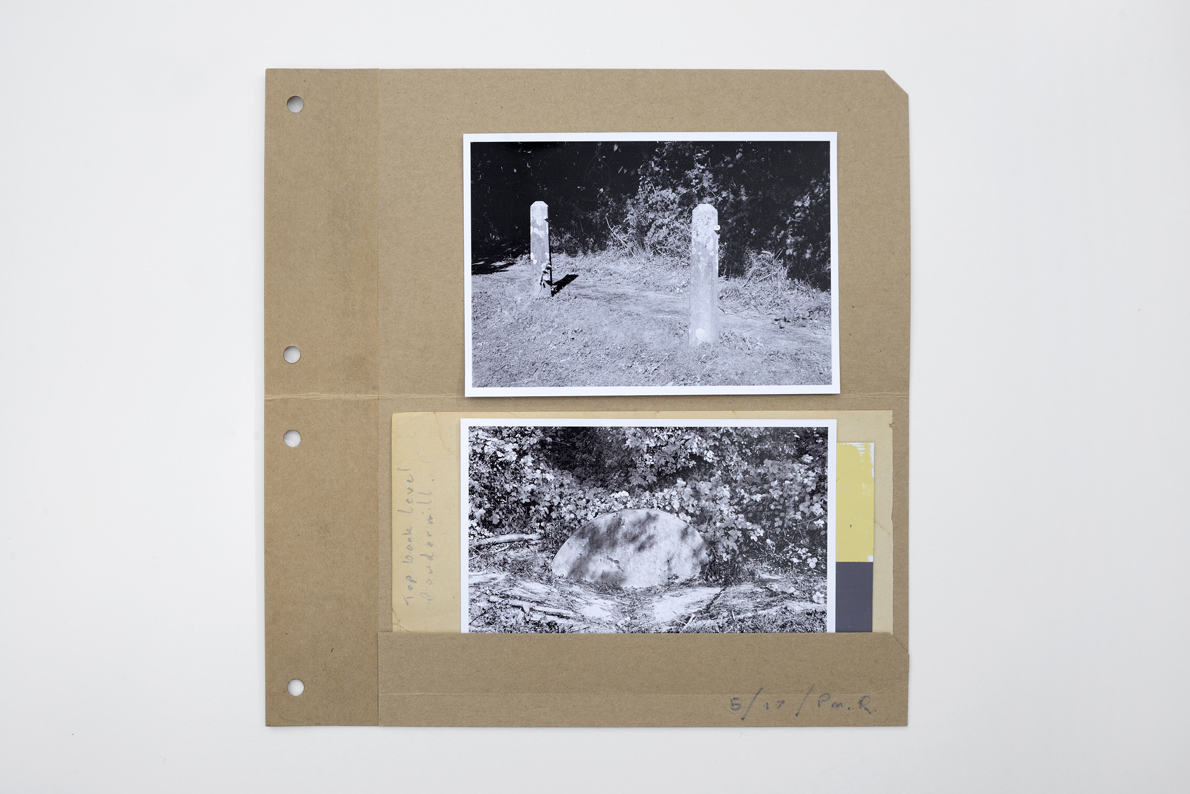 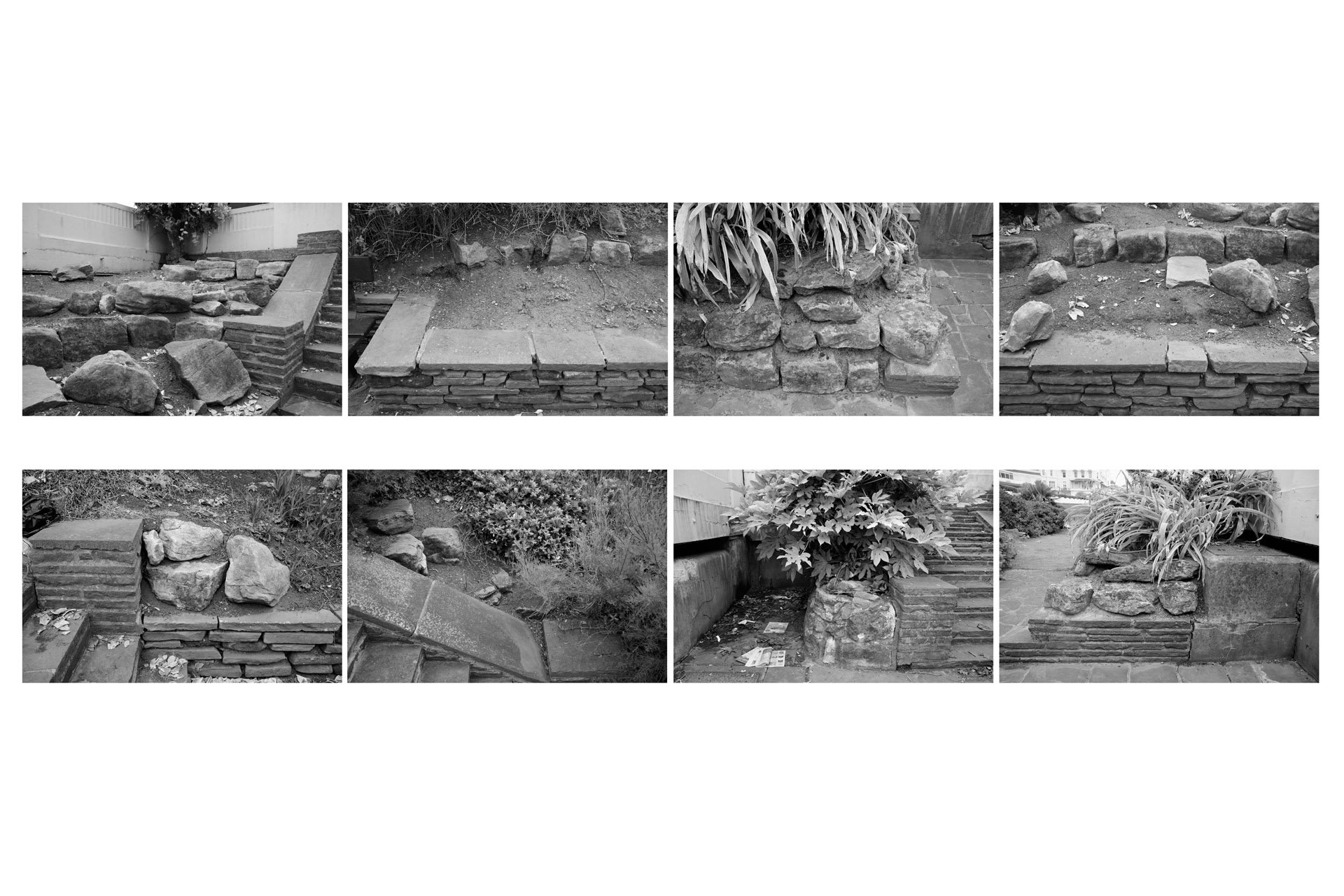 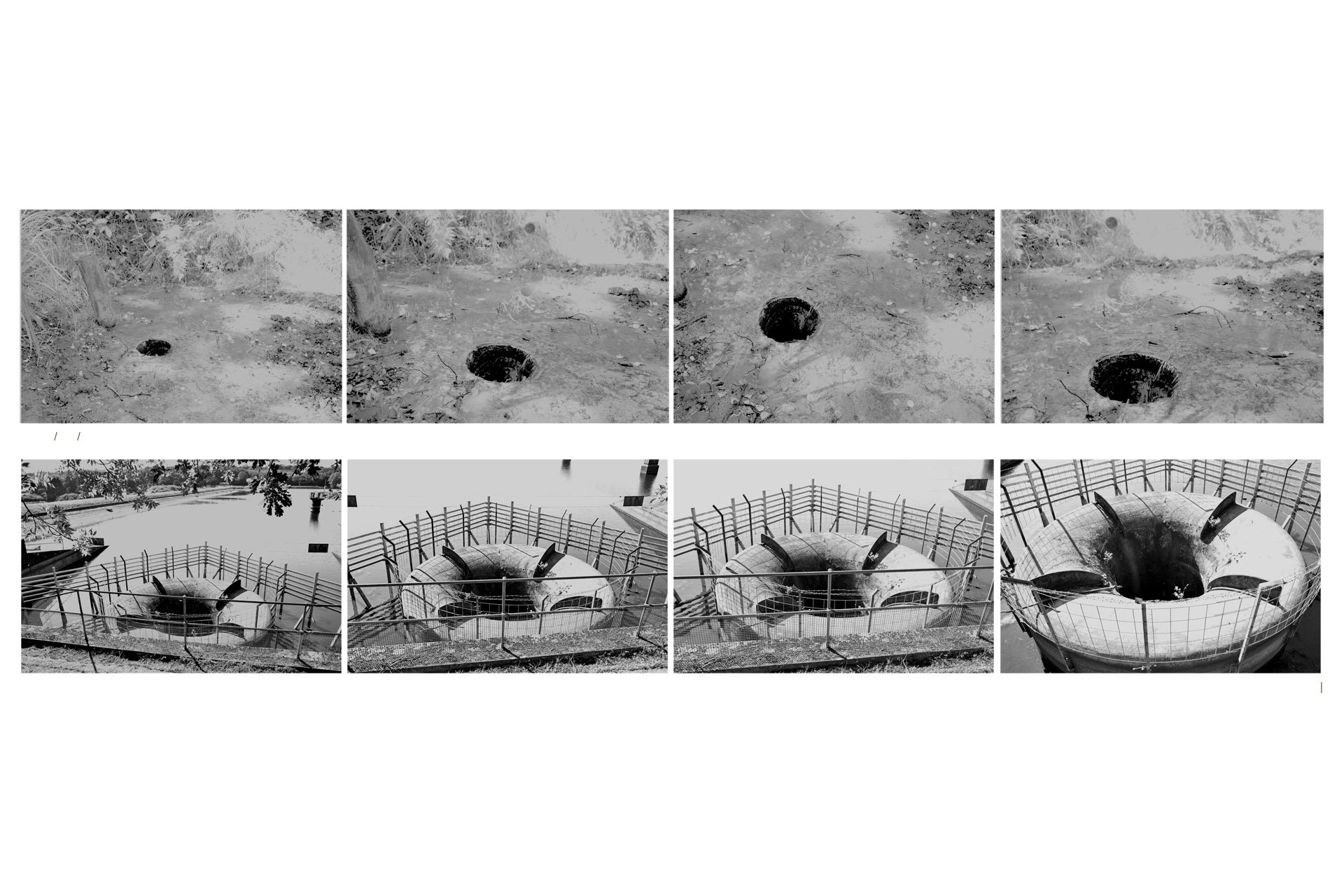 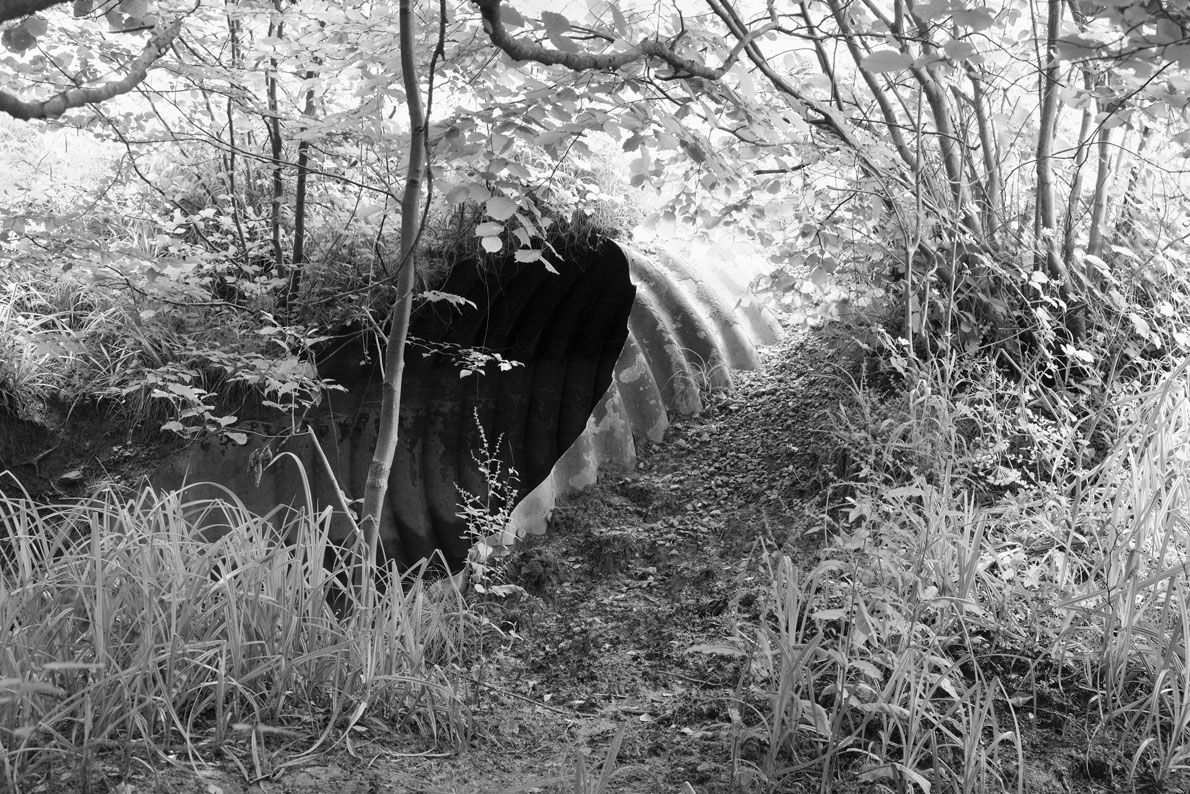 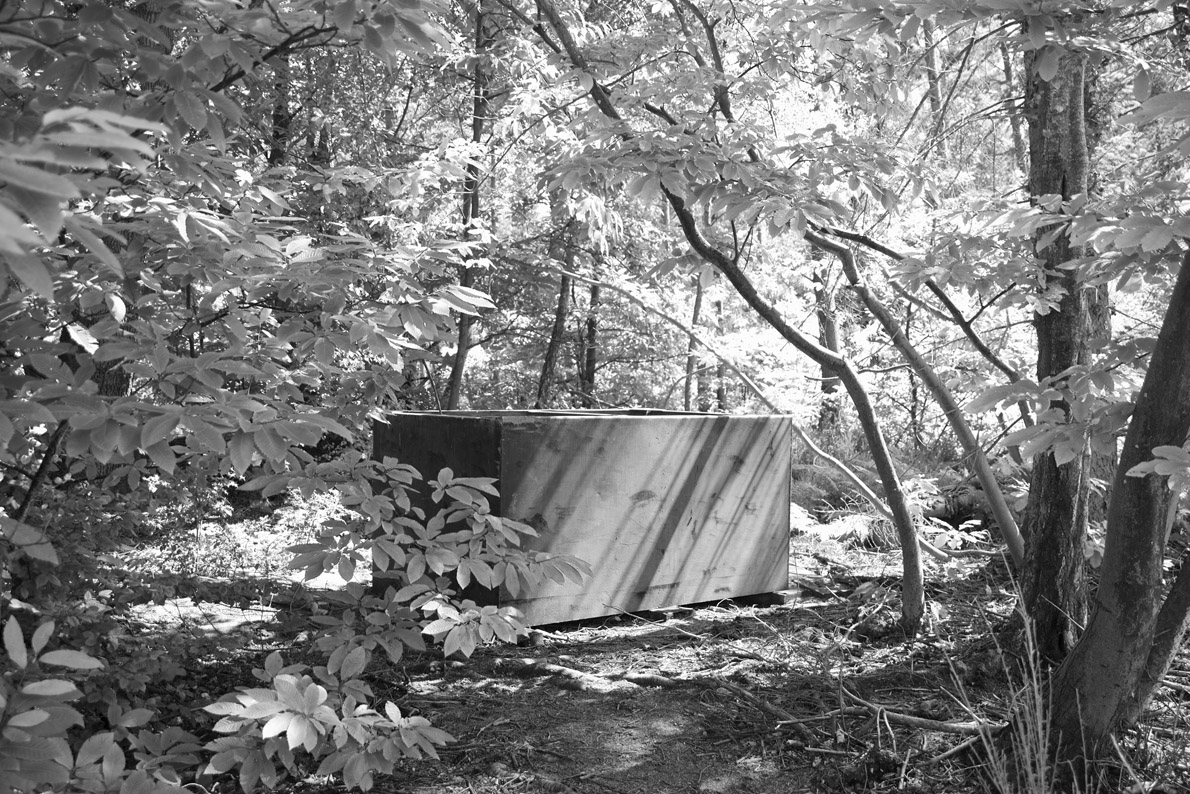 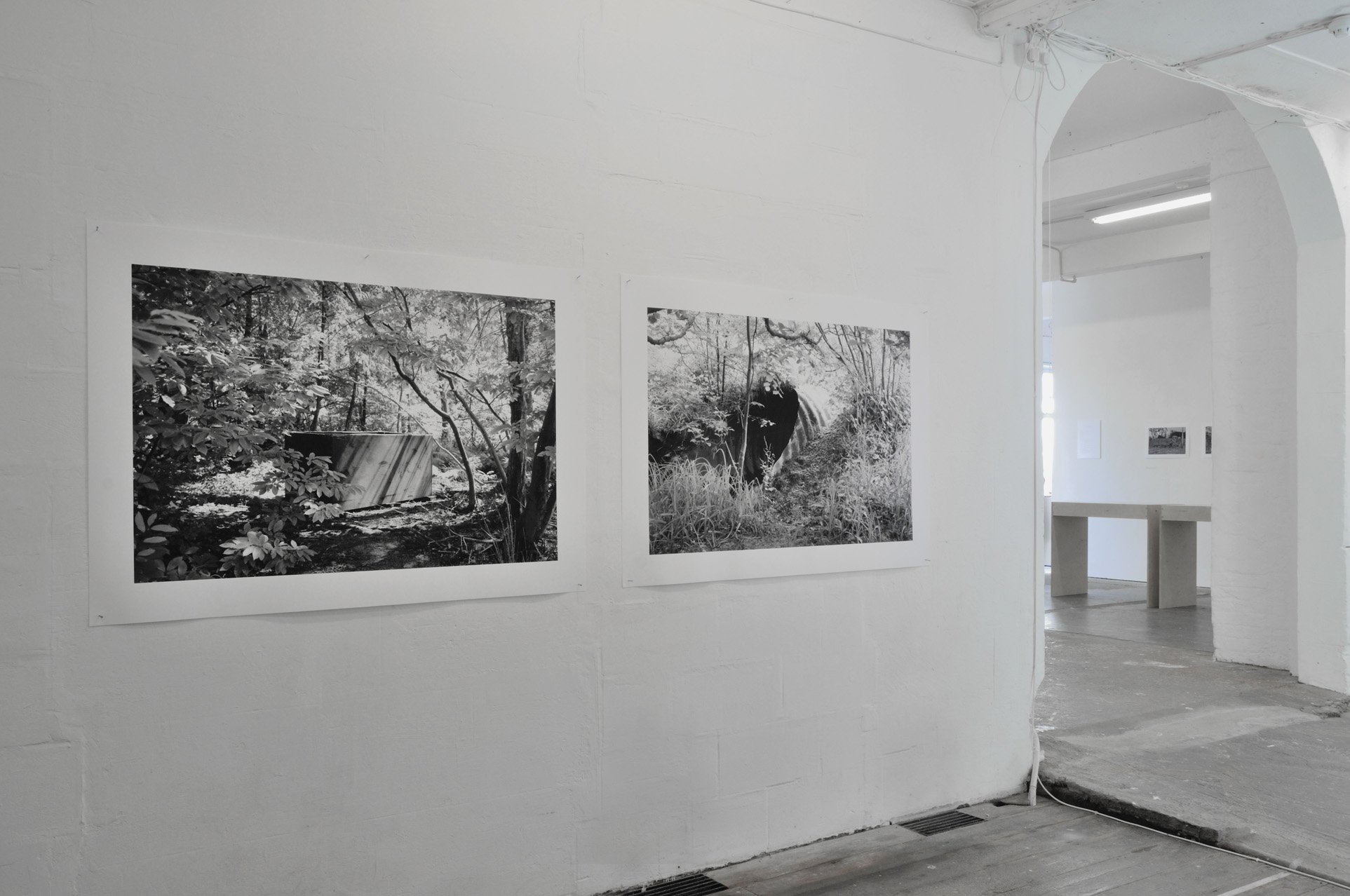 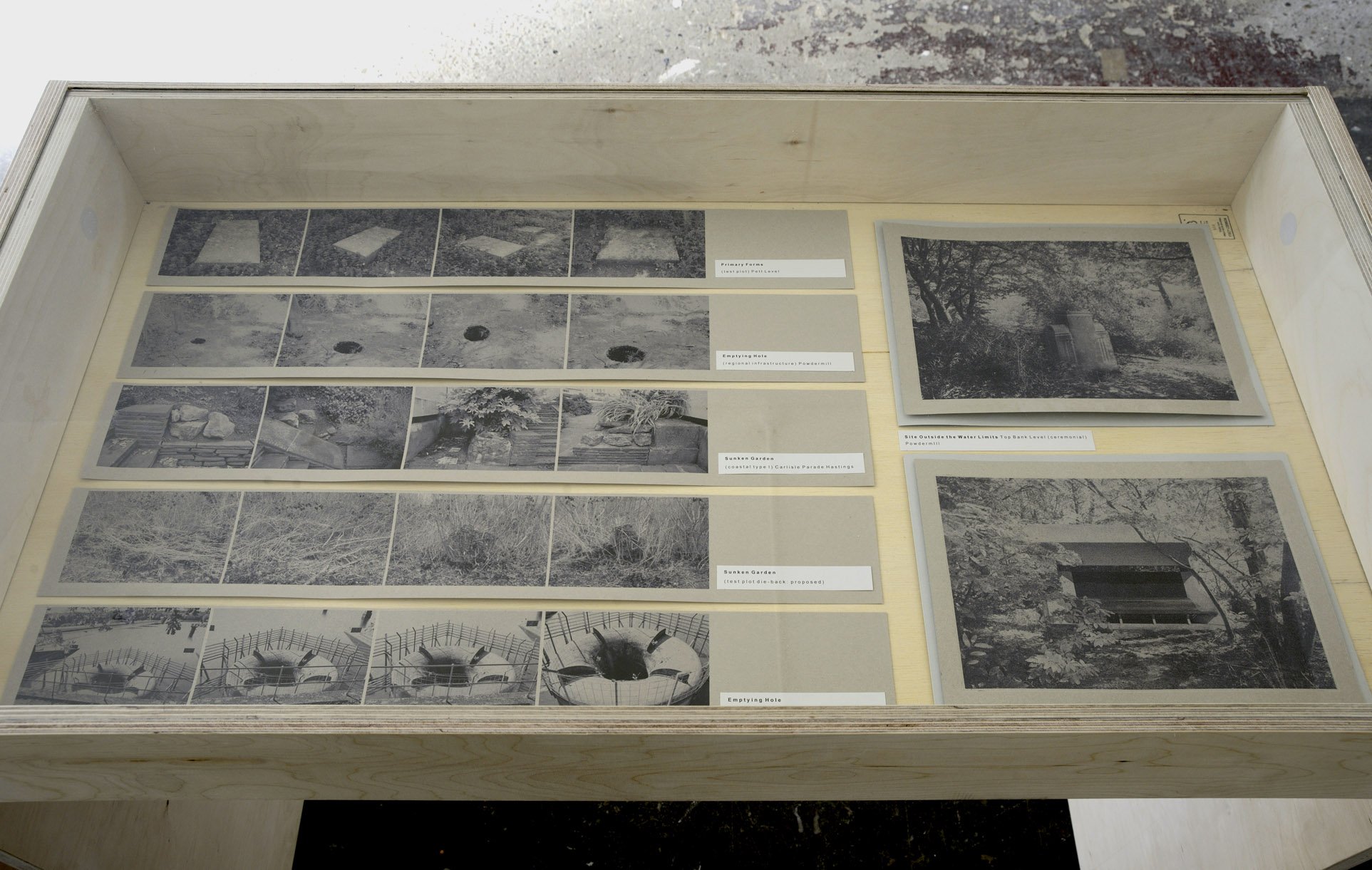 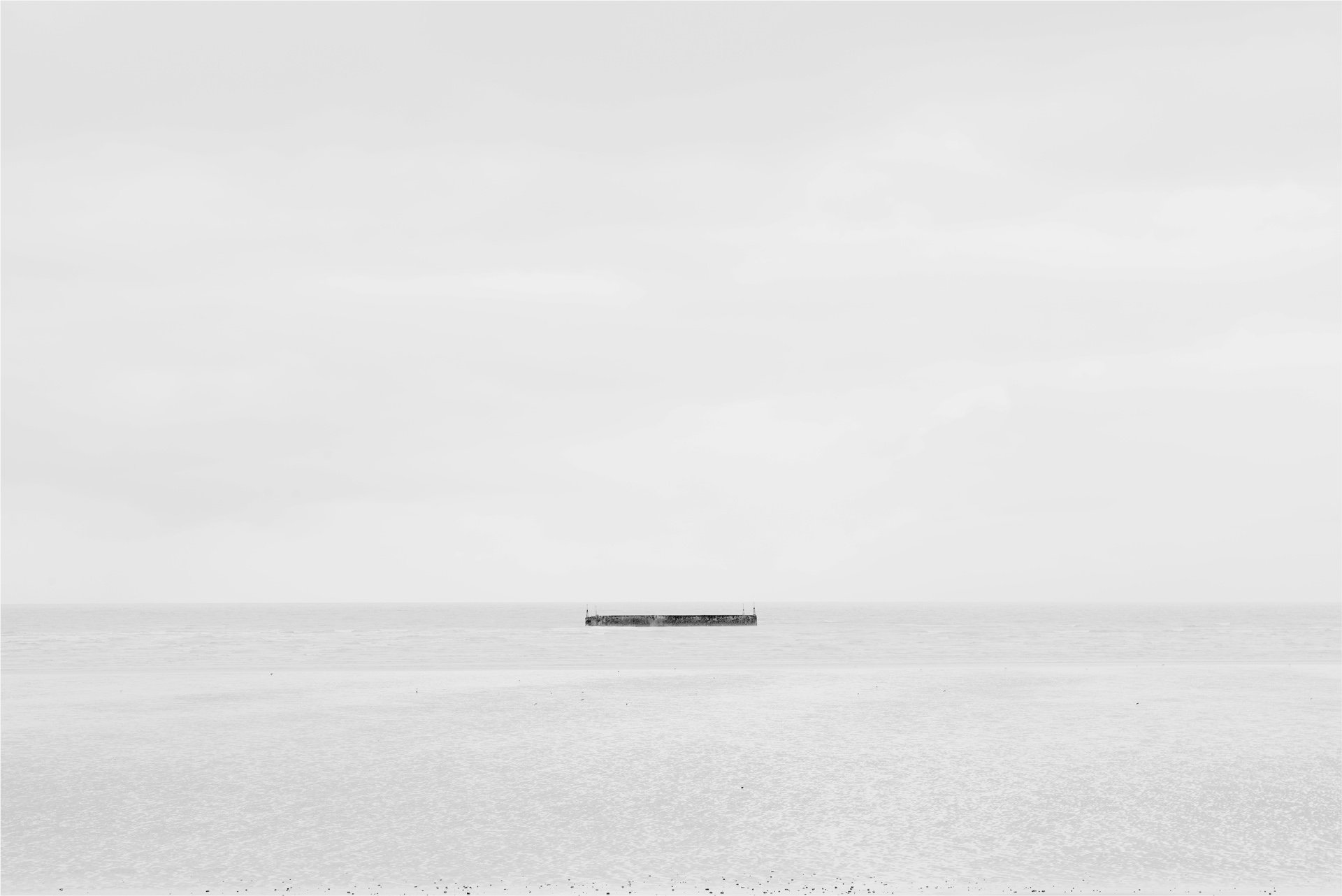 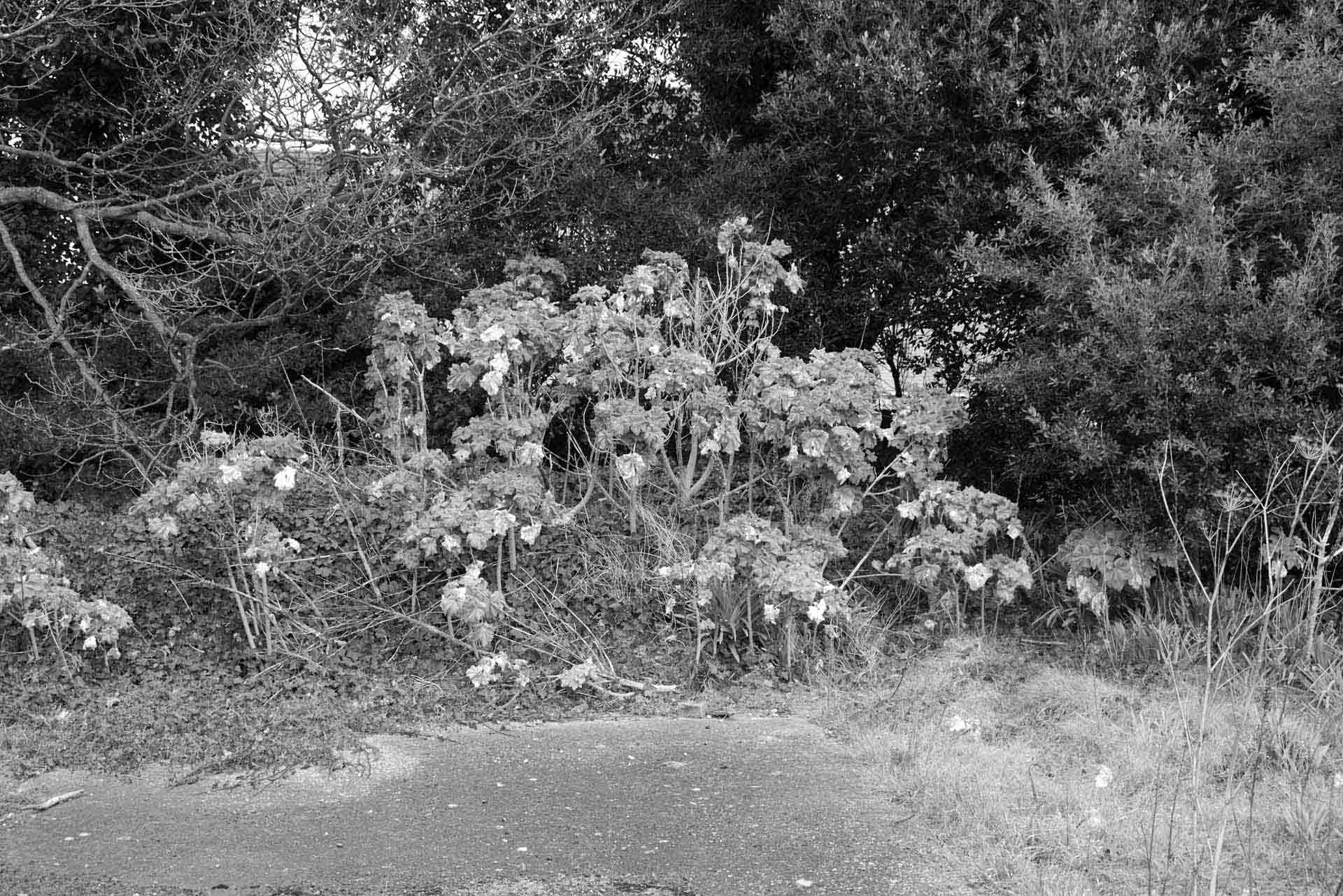 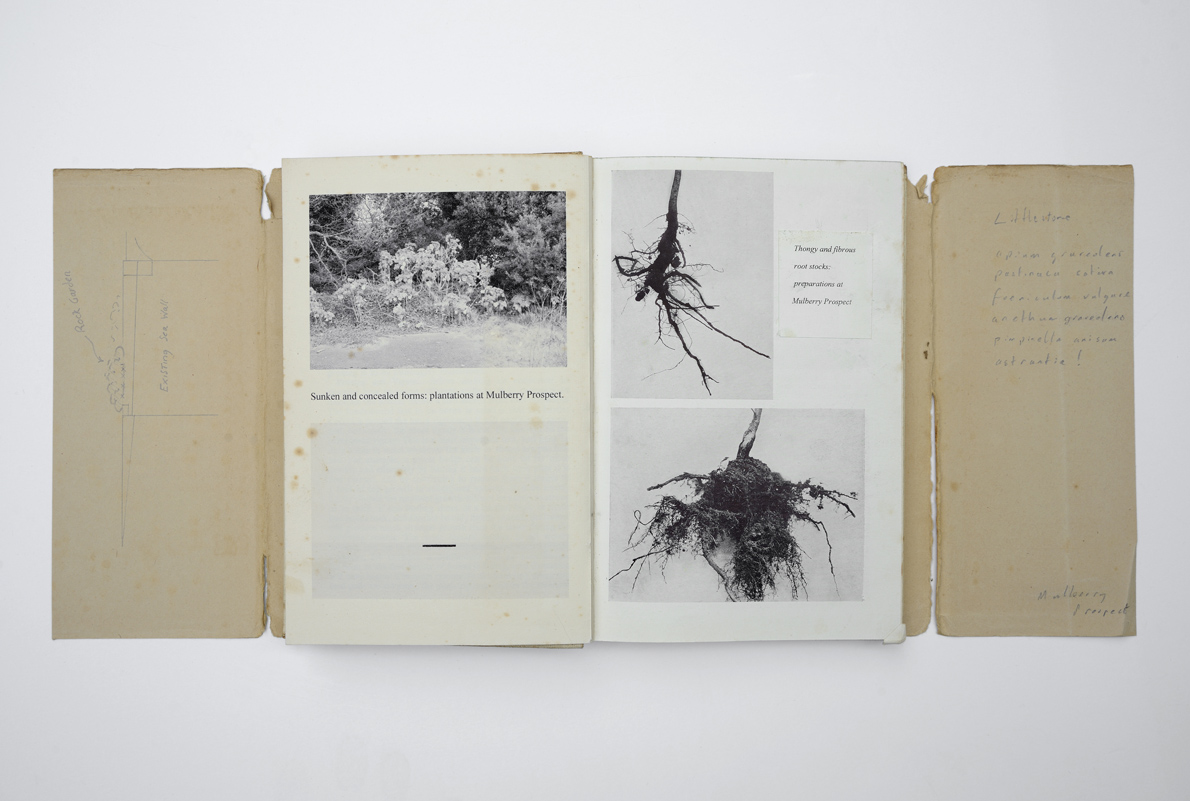 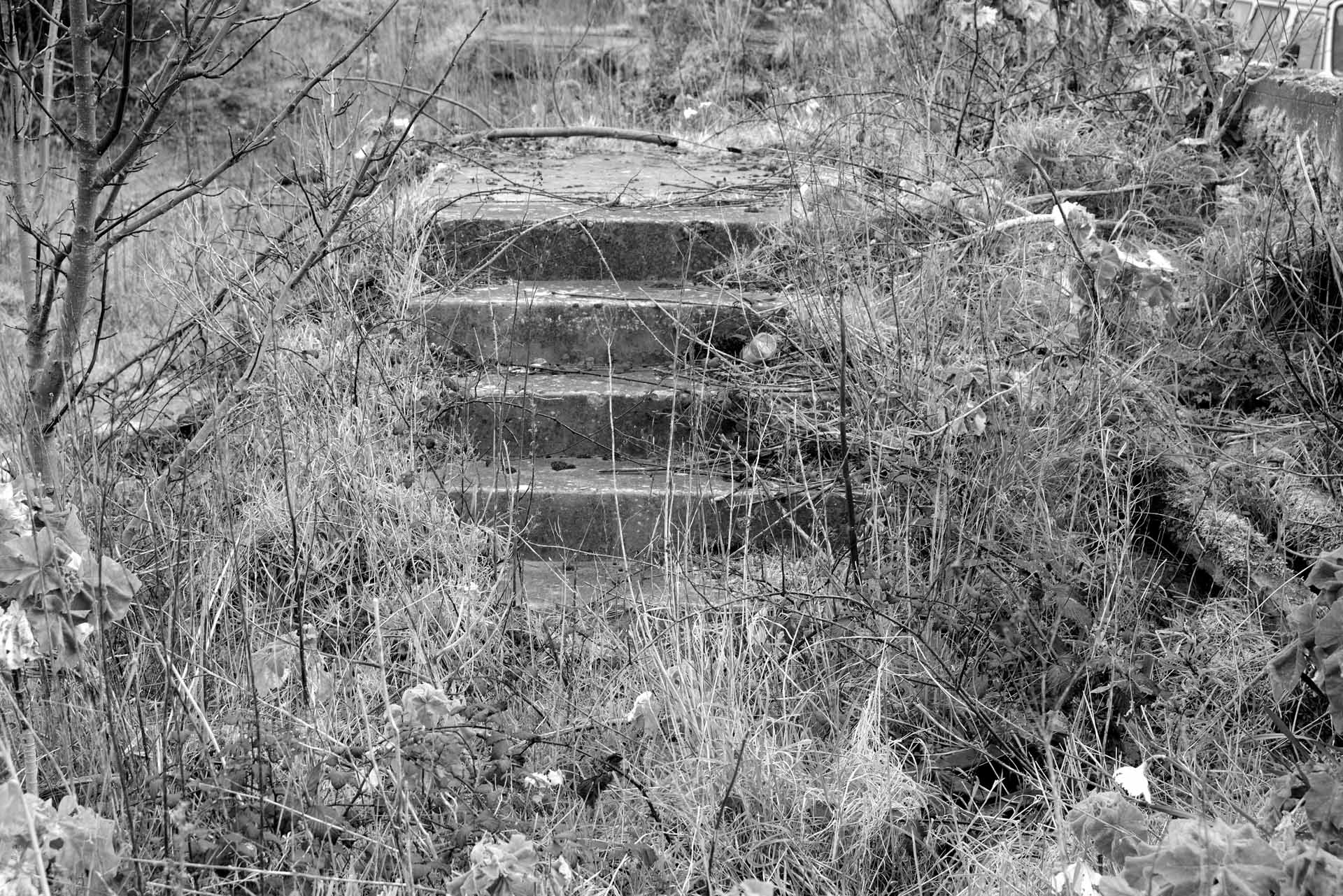 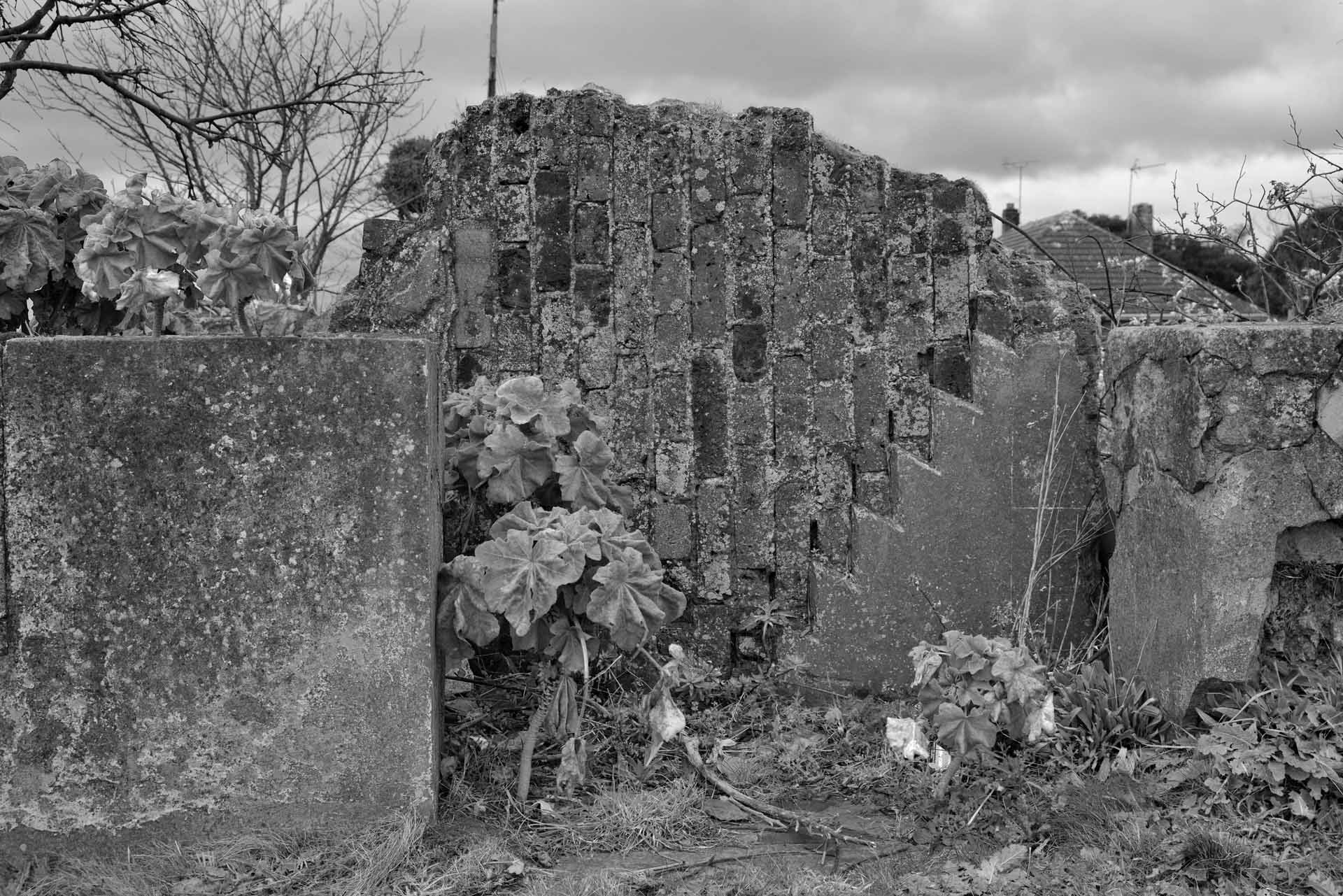