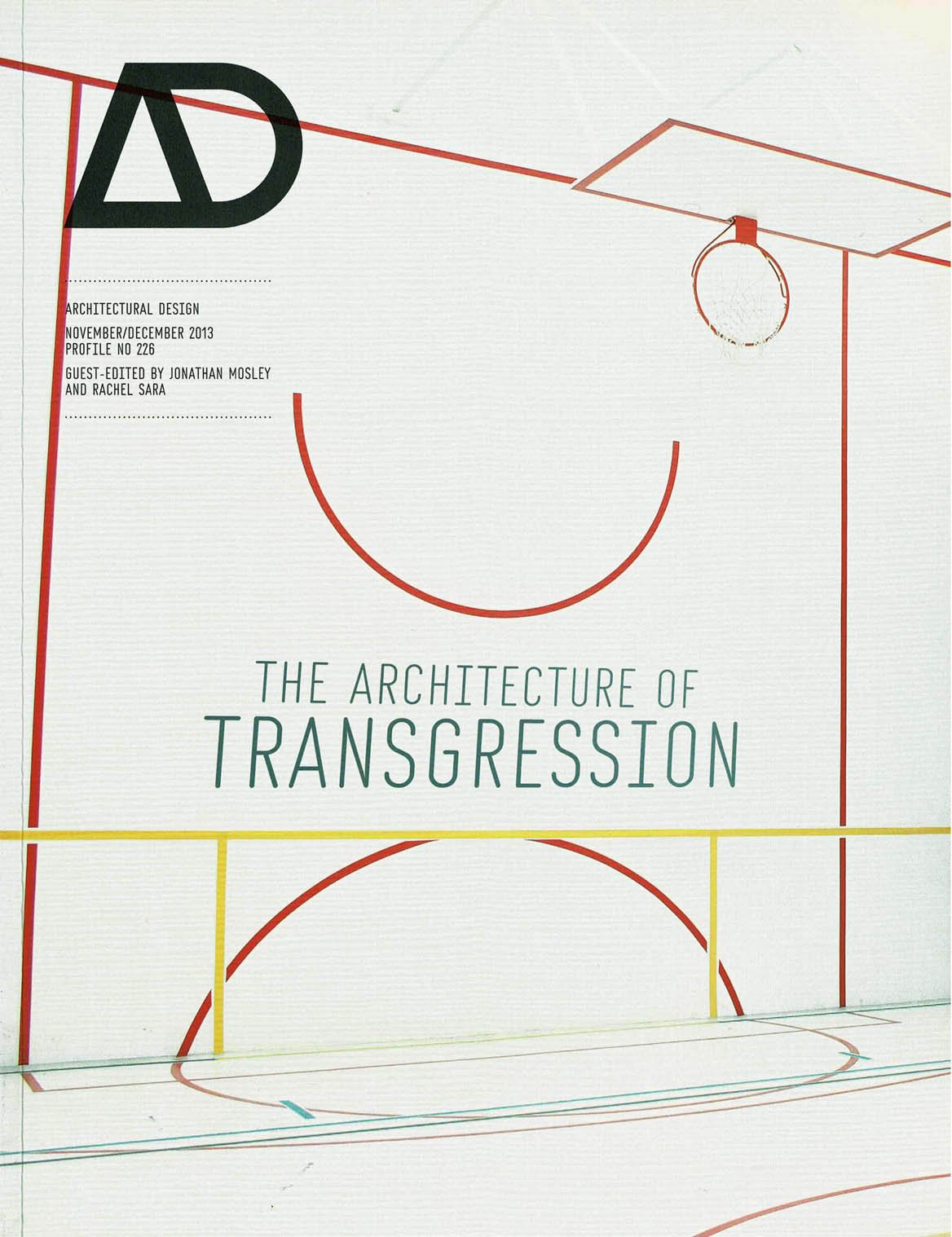 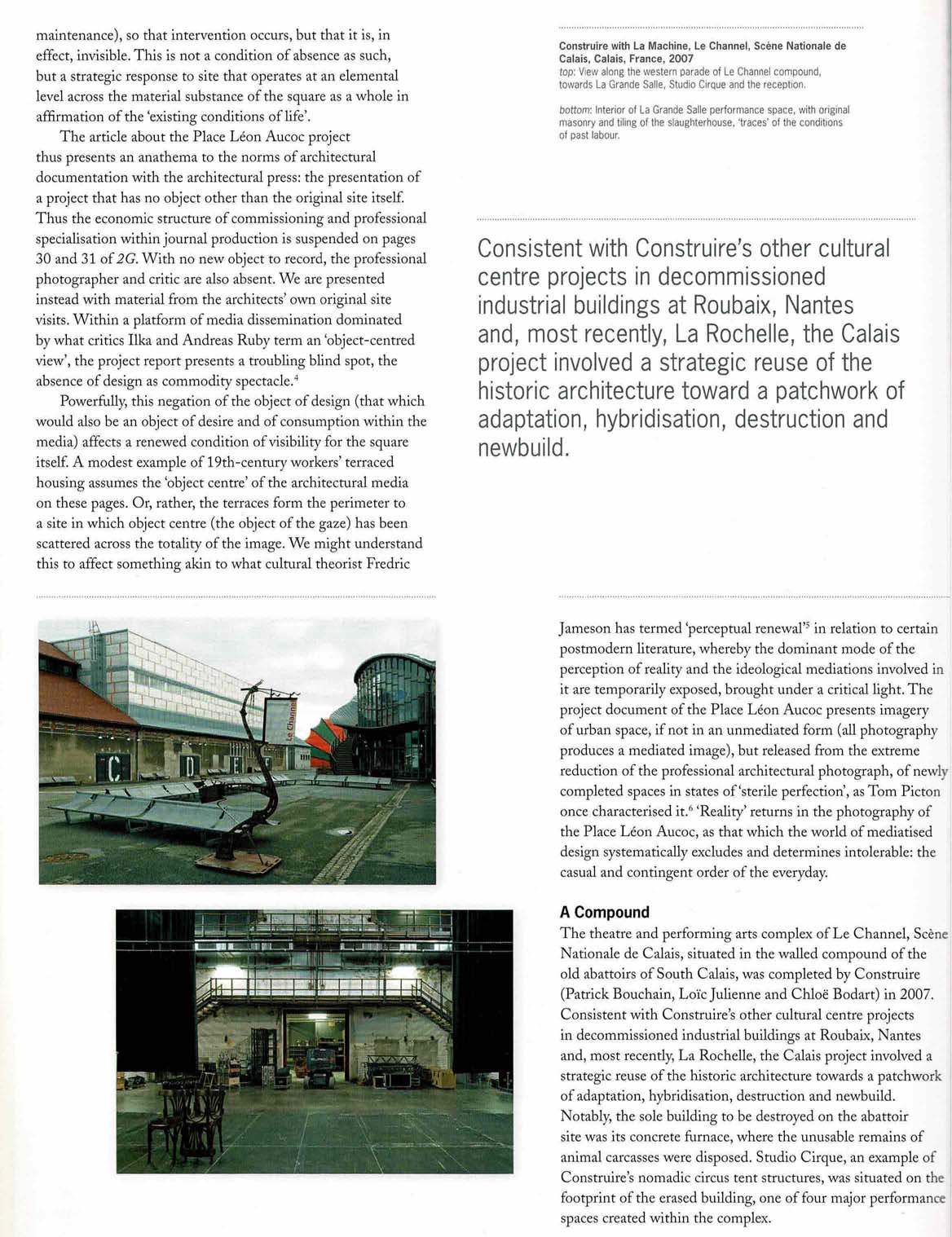 The report on the centre of performing arts Le Channel, in the old abattoir complex of South Calais, continued a long association with Calais that Photolanguage had begun in 2000. The article was commissioned by Jonathan Mosley and Rachel Sara as a contribution to the themed edition of ‘Transgression’. We emphasised Bouchain’s notion of an architecture ‘non-fini’ (an open-ended architecture of evolution and participation) and of the incorporation of decorative embellishments by the scenographic production company La Machine: ‘The gesture towards a ‘popular’ aesthetic within the work of La Machine might be productively compared to Construire’s own conception of a public or collective identity within their acts of building conversion. Bouchain asserts that it is vital to maintain the immediate traces of a history of use within a converted architecture, specifically, to maintain a physical memory of the ‘previous conditions of labour’ (p. 50).