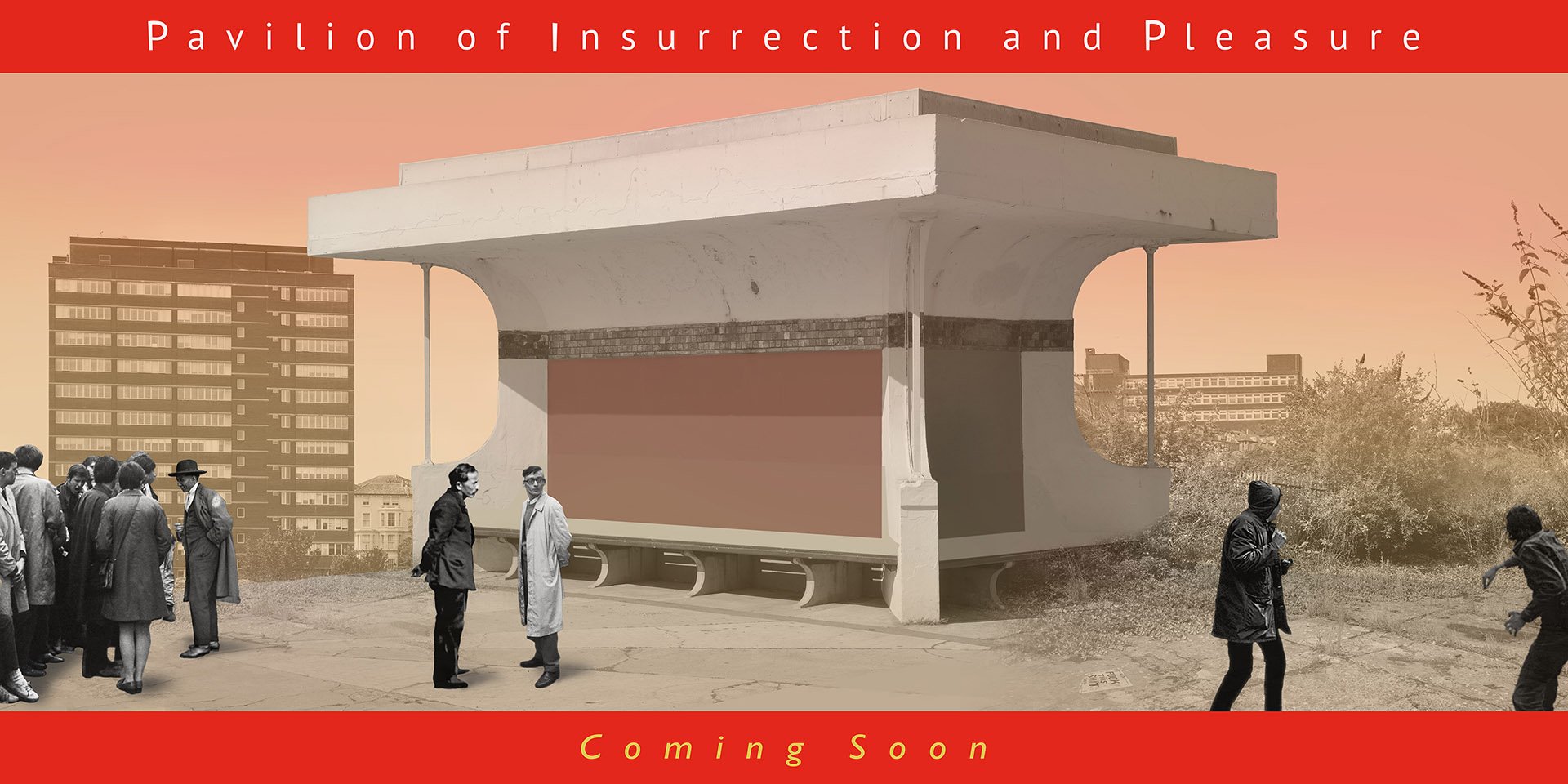 Commissioned by Tempo Arts Hastings the billboard (2 x 5 metres) occupies a derelict space previously owned by Network Rail. The billboard juxtaposes a history of utopian architecture with, local themes of architectural heritage and contemporary urban development contexts. It re-situates one of the 1930s coastal shelters of the Hastings/ St Leonards sea front by Borough Engineer Sidney Little to the Tempo Arts billboard site, re categorising it as a proposed “Pavilion of Insurrection and Pleasure”. A fake planning notice accompanies the billboard, recording an initial rejection of the proposal and then its acceptance.

The image includes a direct sampling of details from the surrounding built environment (such as the nearby office block Ocean House), and postures as a proposed architectural intervention, alluding to the billboard renderings of proposed redevelopment projects of the contemporary town scape: ‘Coming Soon’. Figures gather uneasily about it; a restless host of migrant workers and student protesters from Paris of the 1920s and 1960s.

Our new category of pavilion references the utopian architectures of Nicholas Ledoux in the 18th century, invoking radical forces that are suppressed from the contemporary city, but now to be gathered here in this hinterland space, the ‘terrain-vague’ of the billboard site. The aim of the  work is to activate a site-specific, poetic and utopian space of visual play, whilst critiquing the often vacuous nature of the contemporary, developer’s digital render, and the weakness of institutions to propose alternative urban futures. 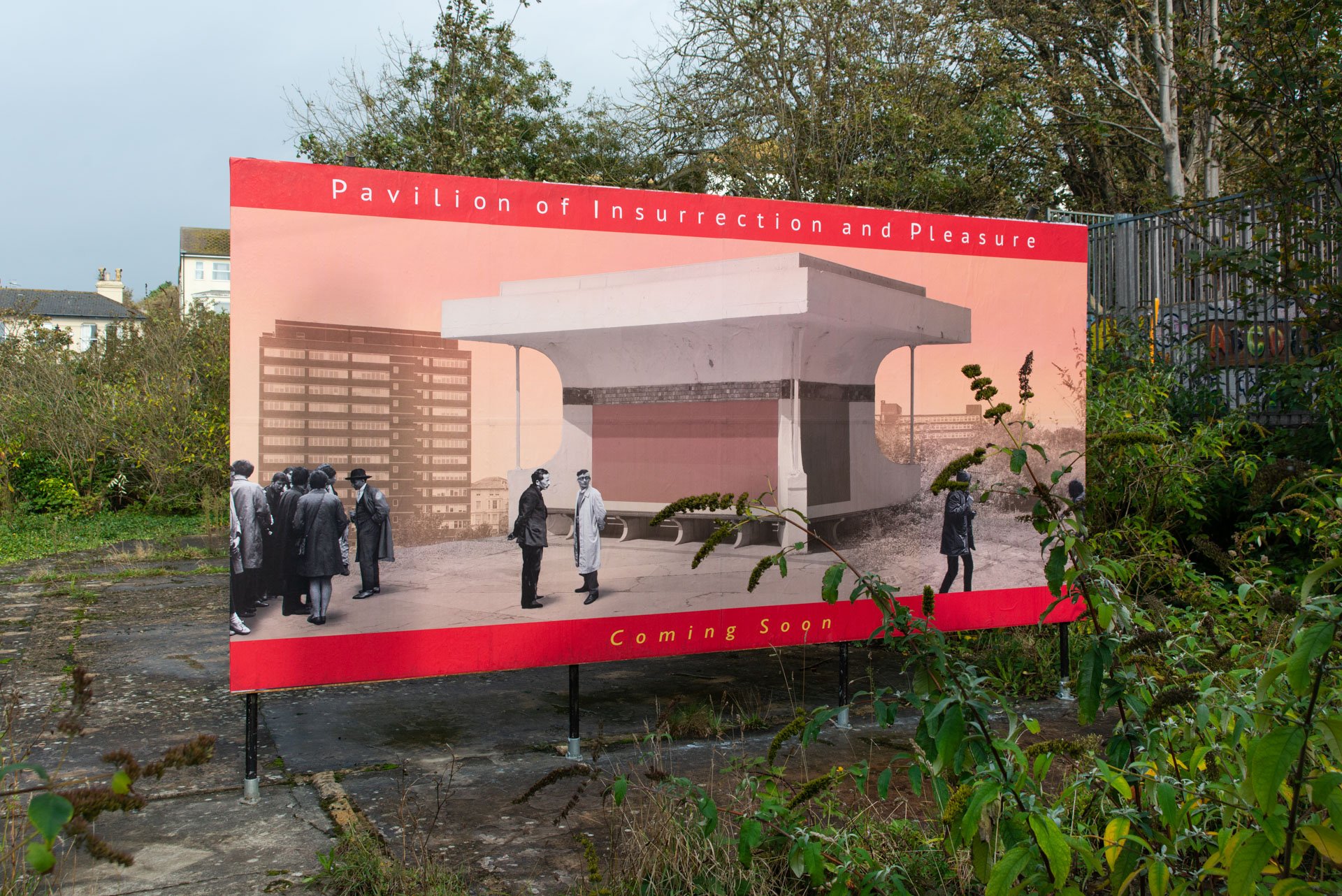 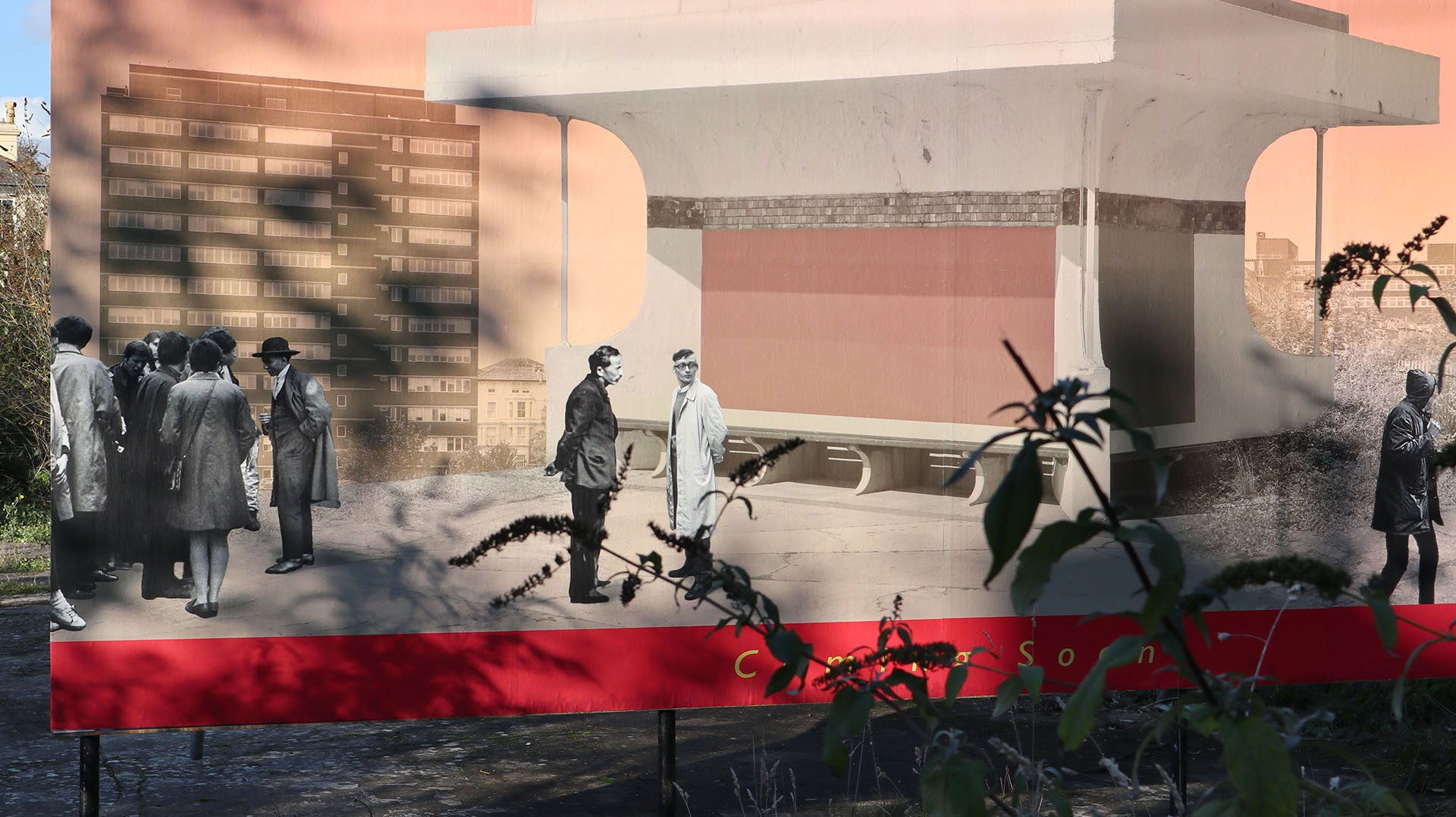 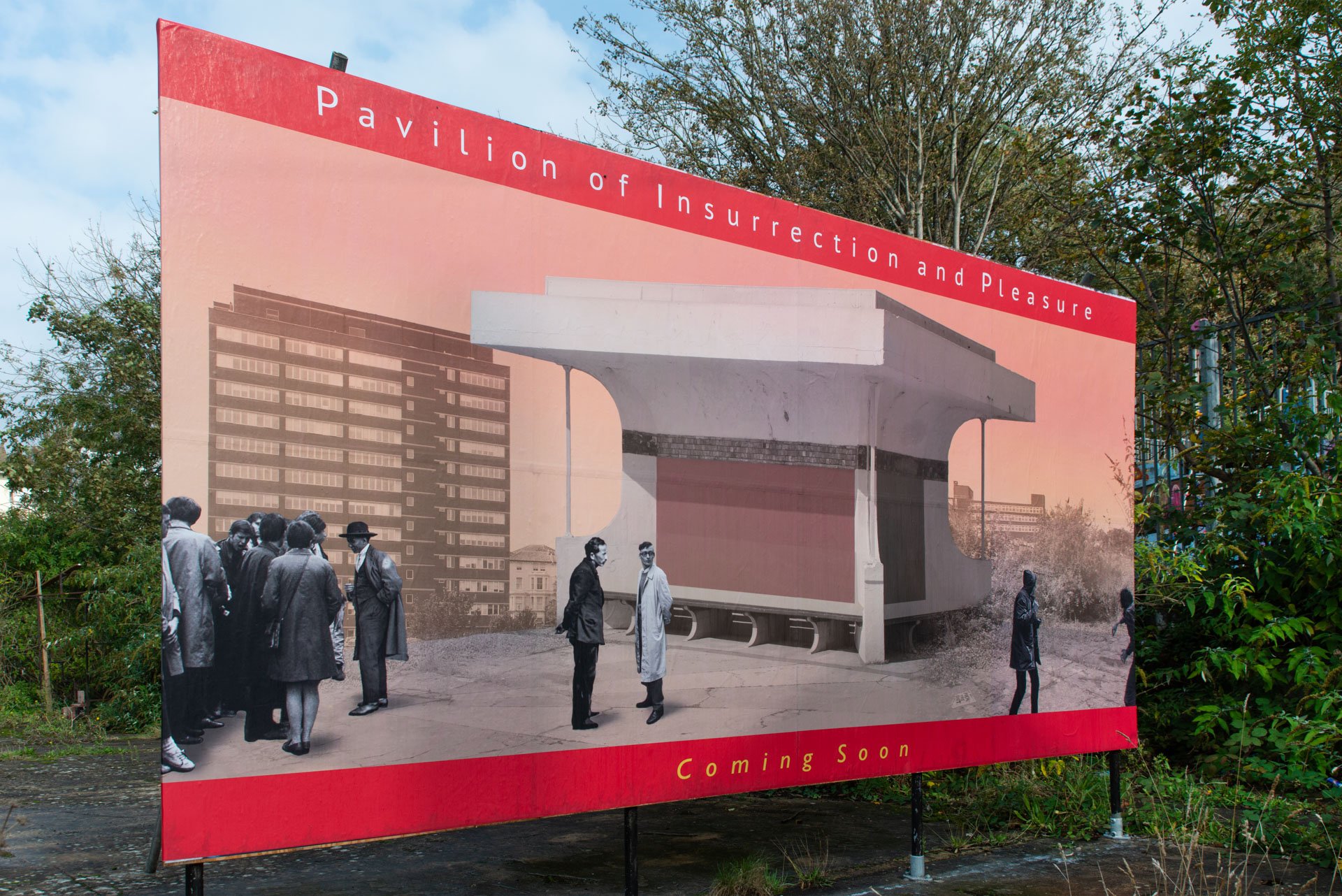 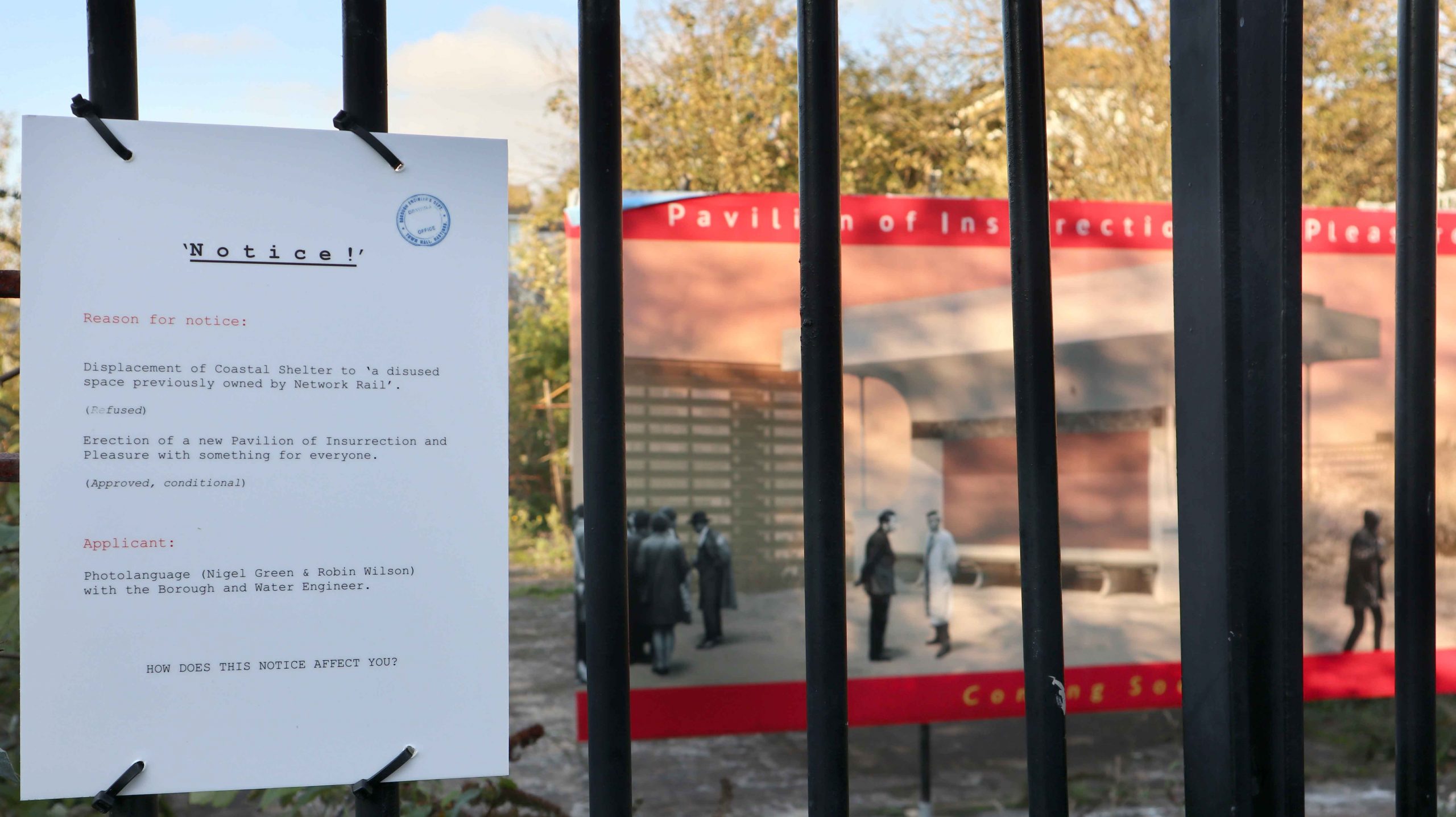 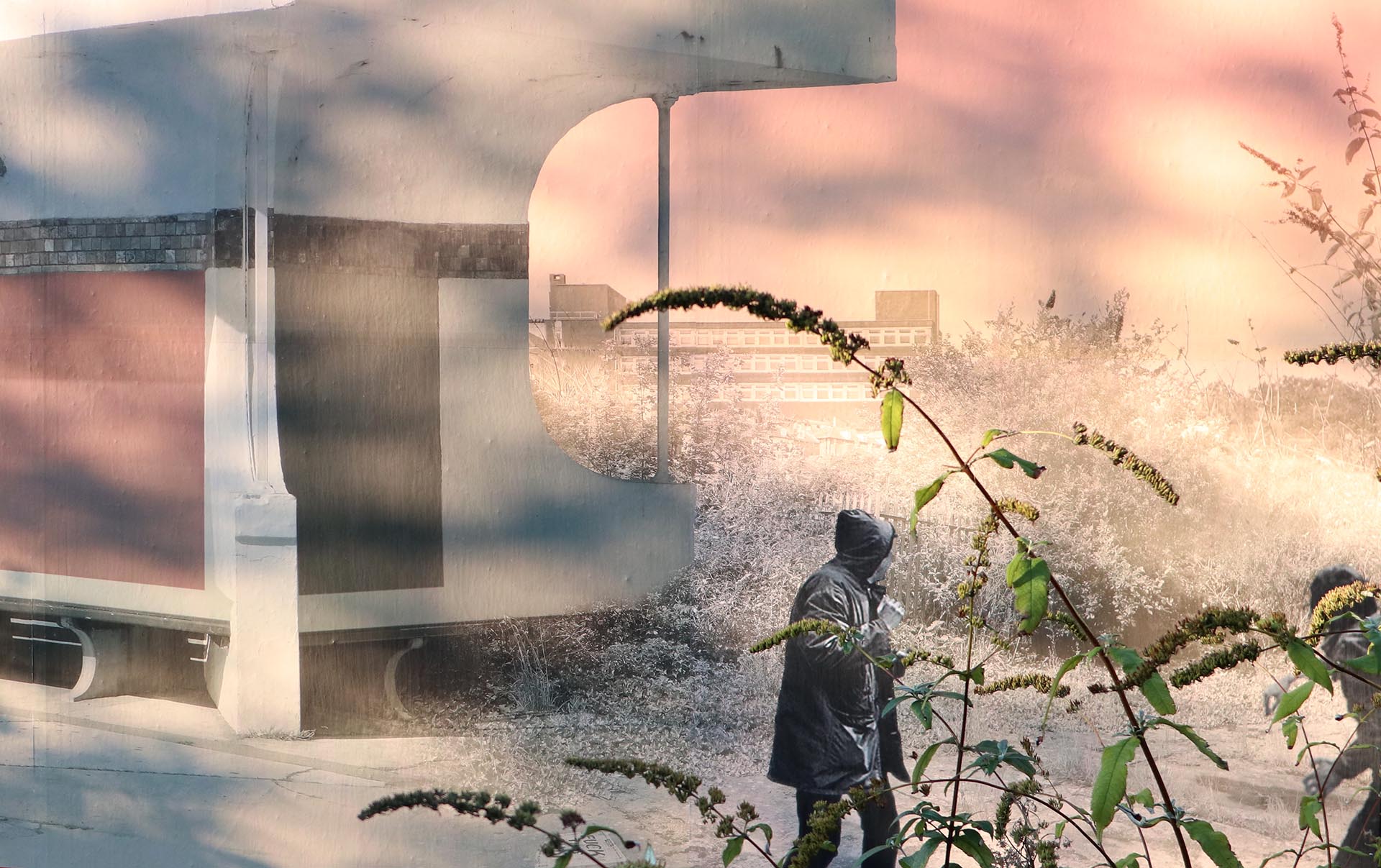 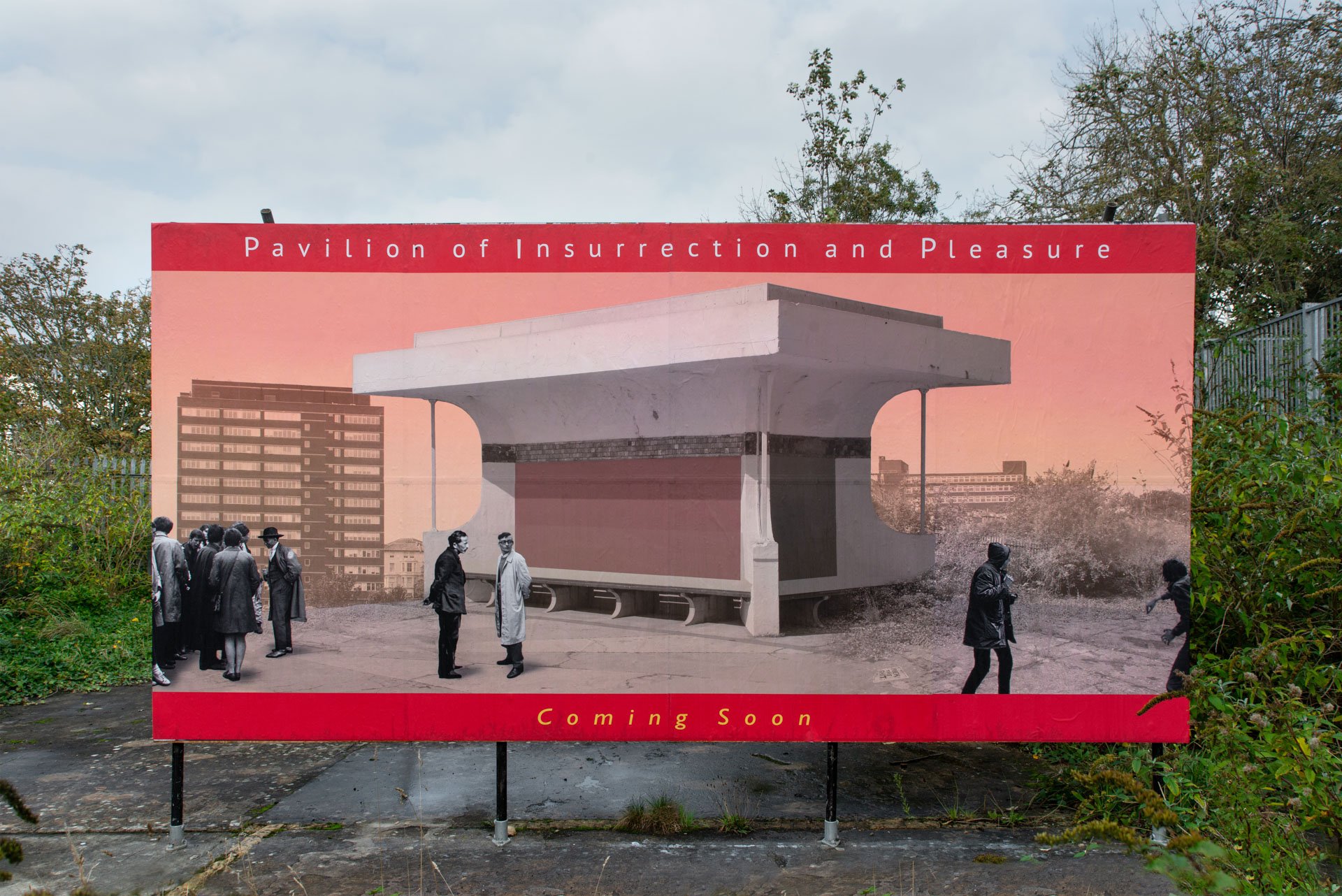 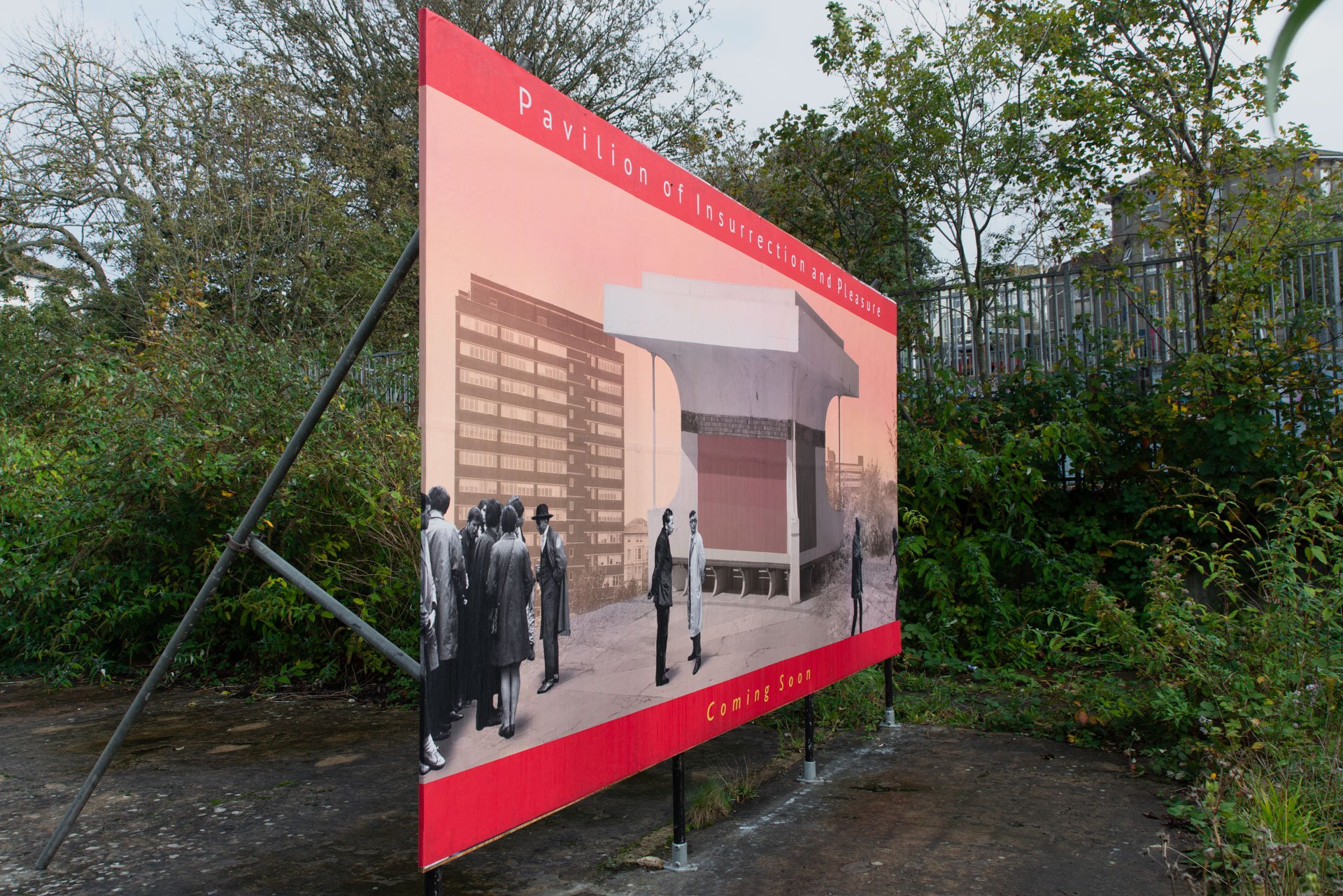 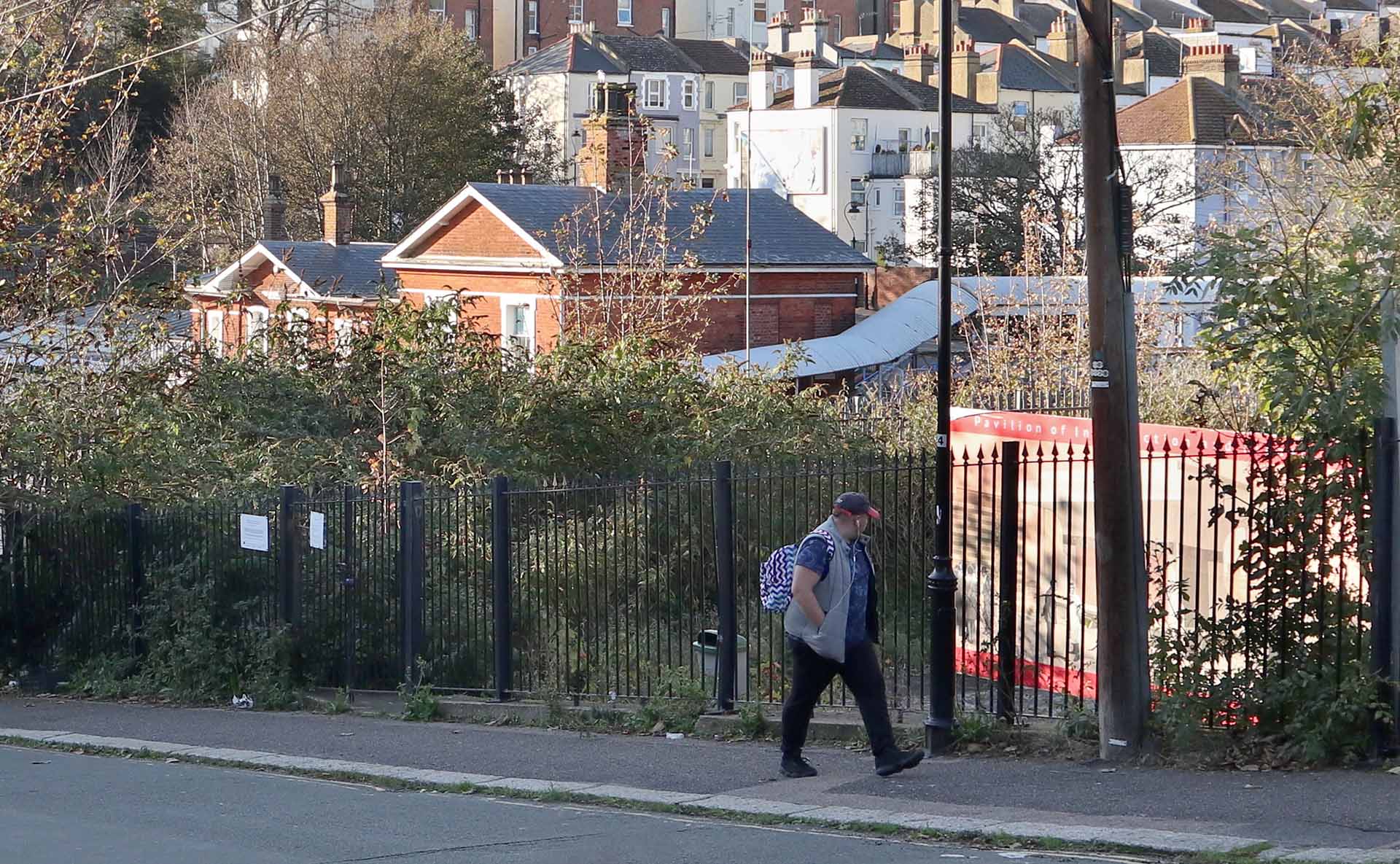 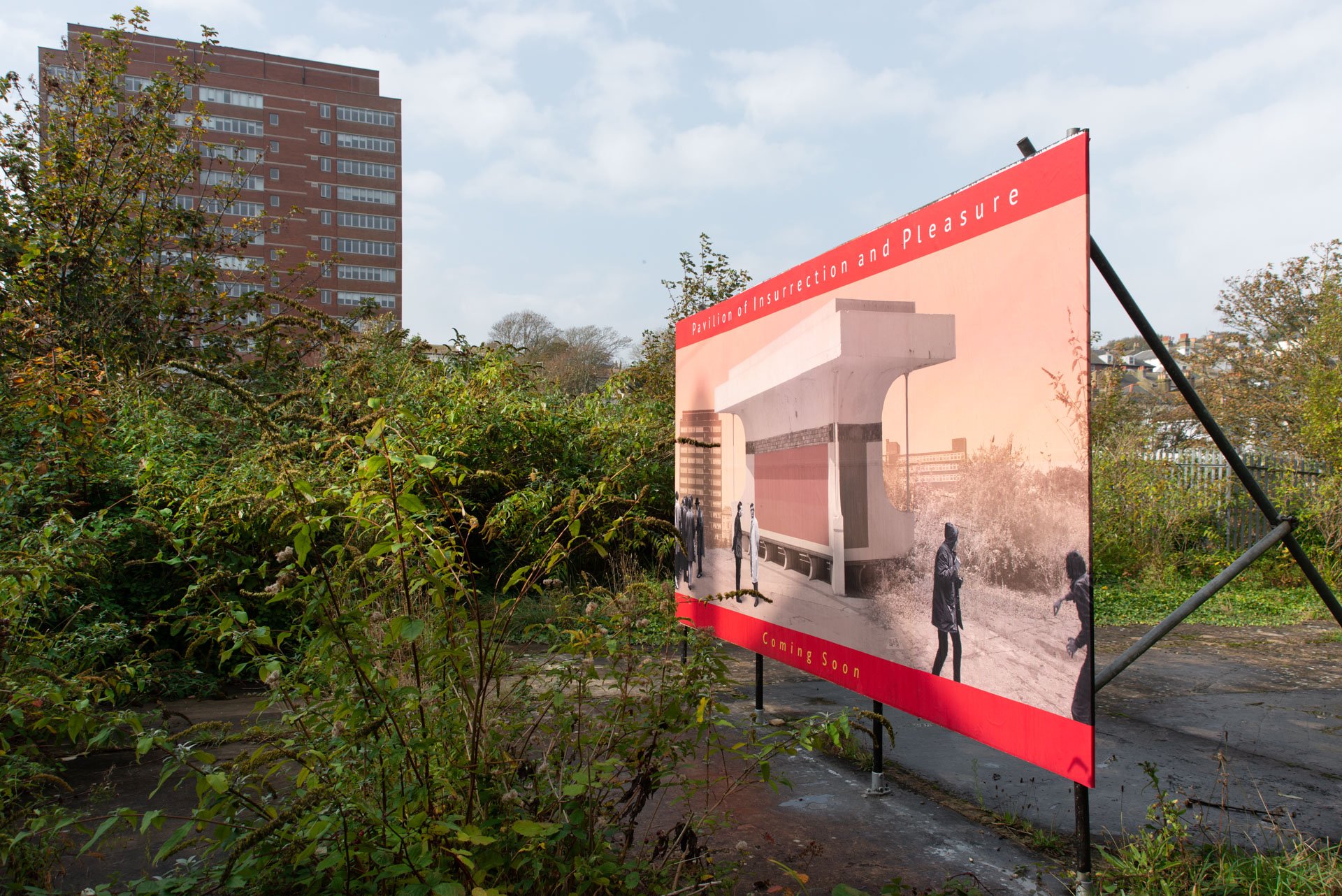 Commissioned by Tempo Arts and realised with the support of Hastings and St Leonards Foreshore Charitable Trust.  http://www.tempoarts.org.uk