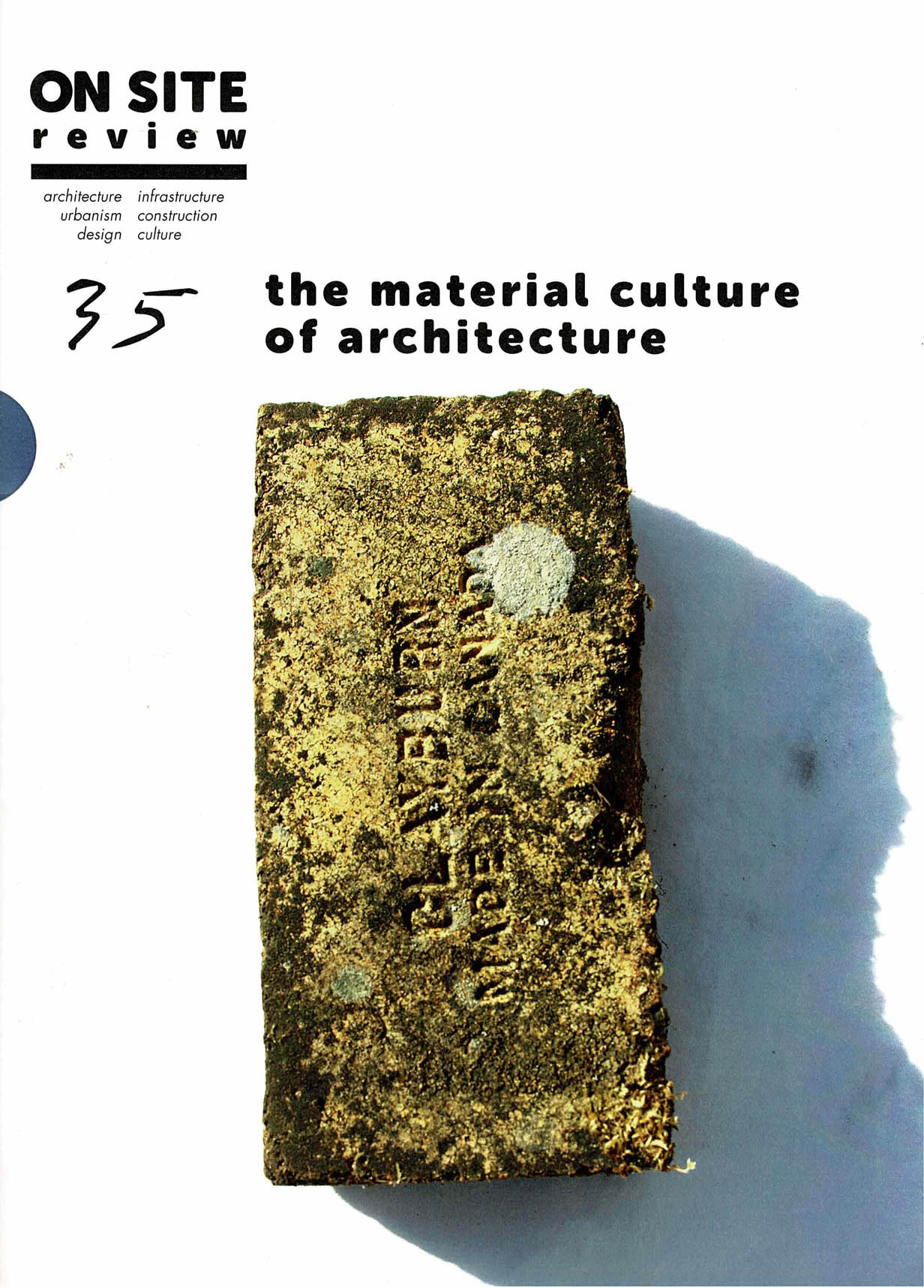 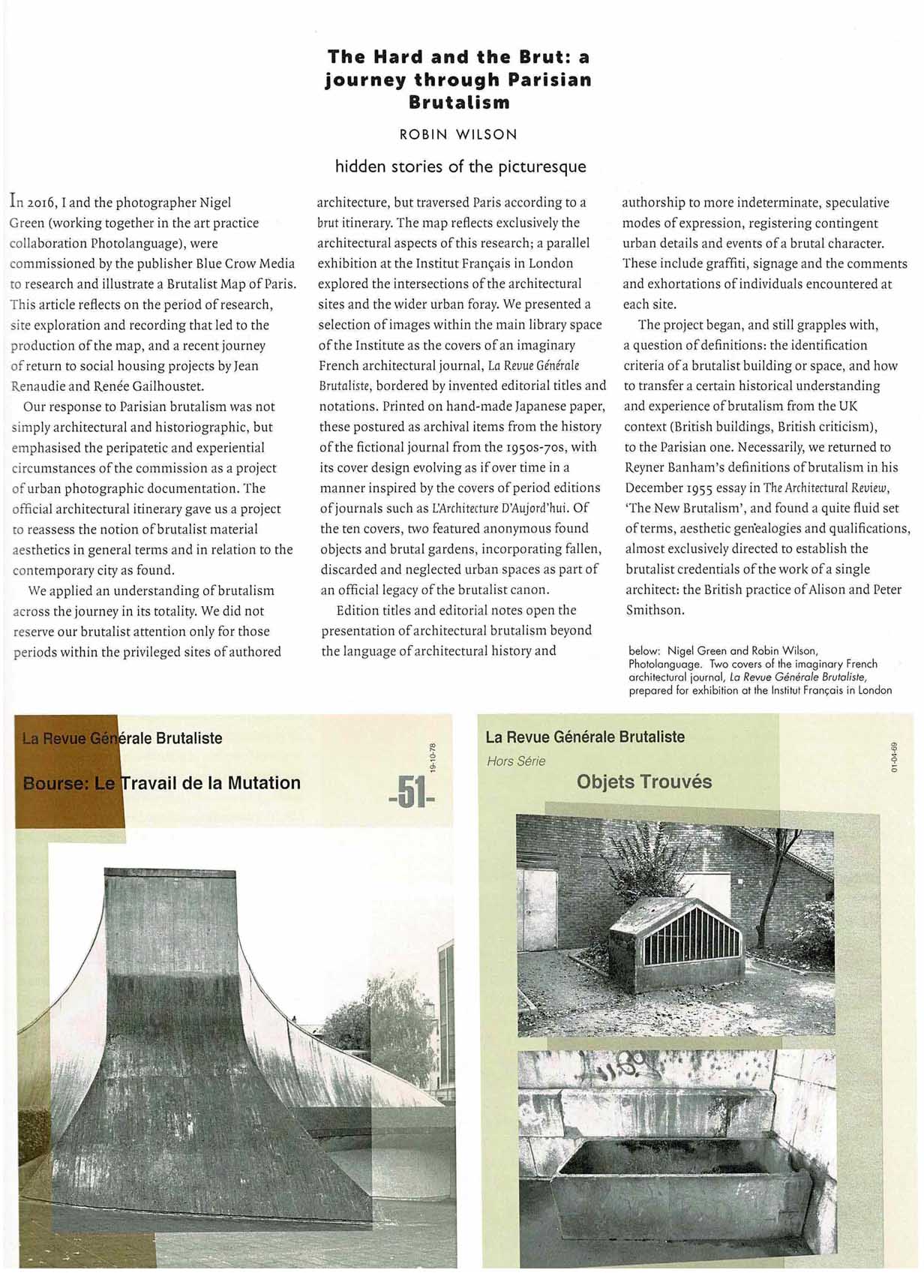 This was Photolanguage’s second contribution to On Site Review, for an edition entitled ‘The Material Culture of Architecture’. It sampled from the material environments of Parisian brutalism encountered in our production of the Brutalist Map of Paris, including the work of Jean Renaudie and Renée Gailhoustet at Ivry-sur-Seine, reframing an aesthetic categorisation of Brutalism with reference to John Macarthur’s writings on the ‘hard picturesque’: ‘Spending sometimes uneasy periods in these zones […] we realise now that their conflicting combination of attributes might define them to be pockets of the ‘hard picturesque’ of the contemporary city – difficult urban space persisting within a more formally recognised and accepted brutalist environment. It is an ‘ugly’ brutalism, one that has evolved, not toward broader, popular acceptance, but to a more virulent state of repulsion: unmappable’ (p. 37).