Photolanguage’s first project was a photo-text documentation of the docklands of Rouen, developed as an exhibition for the Iris Photography Gallery, Marlowe Theatre, Canterbury, commissioned by curator Jill Robbins as part of a series of regional exchanges between S.E. England and Northern France. Our documentation covered the vast dockland areas between the inhabited areas of Île Lacroix at the limits of Seine Maritime navigation to the East of the city centre, and the Grand Port Maritime to the West. The area includes a number of important relics of modern port infrastructure, such as La Centrale Électrique (1902) and Le Chai à Vin (1950). In the late 1990s the Grand Port was in the early stages of a cultural and commercial re-appropriation, which has since accelerated, but much of the zone was derelict and inactive. Using black-and-white analogue photography and a series of descriptive texts, the exhibition presented a spatial journey, encountering a sequence of intimate and open spaces. We sought to portray the docklands as an agglomeration of territories within which the traumas and transformations of the twentieth century remain present and restless, and which form an uncertain inter-zone between the two halves of left and right bank Rouen. 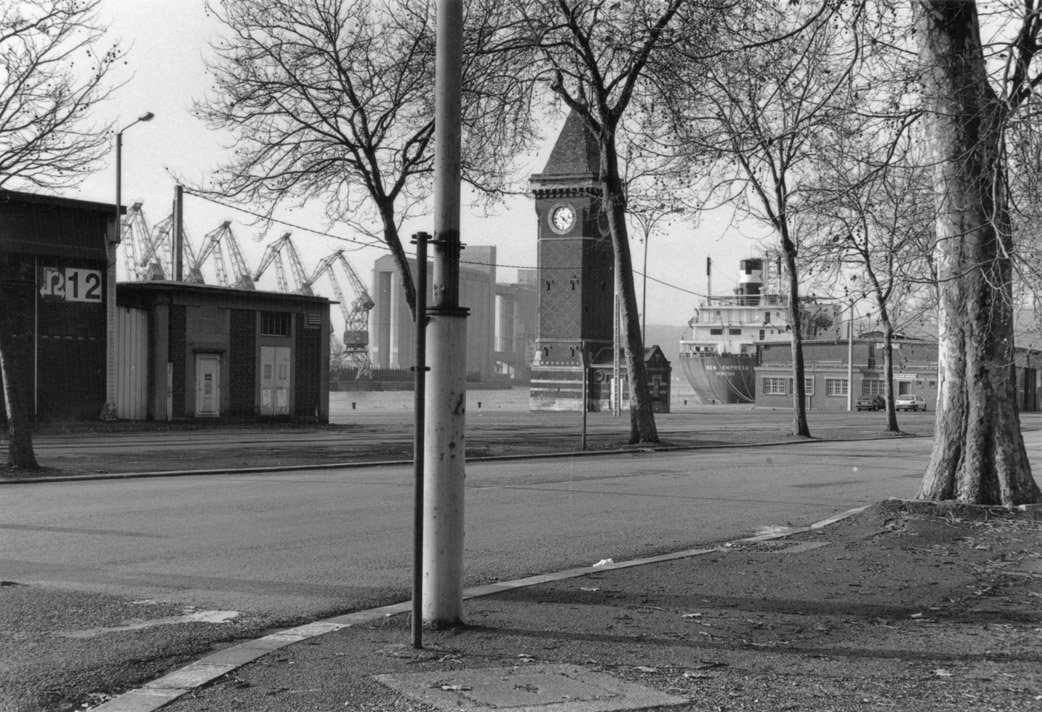 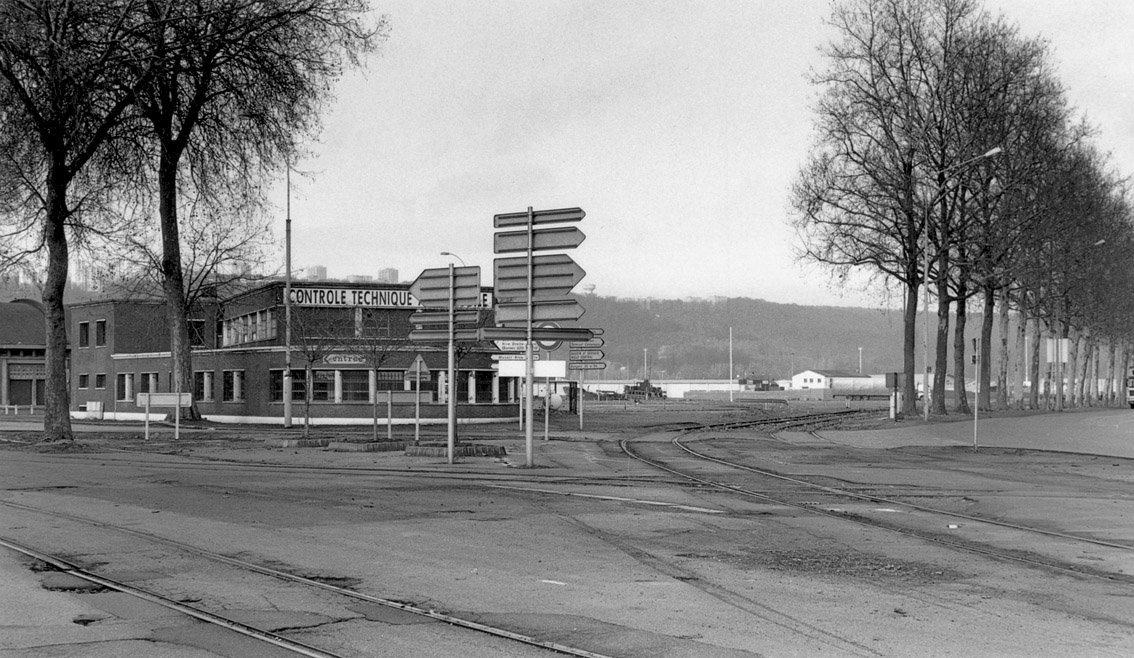 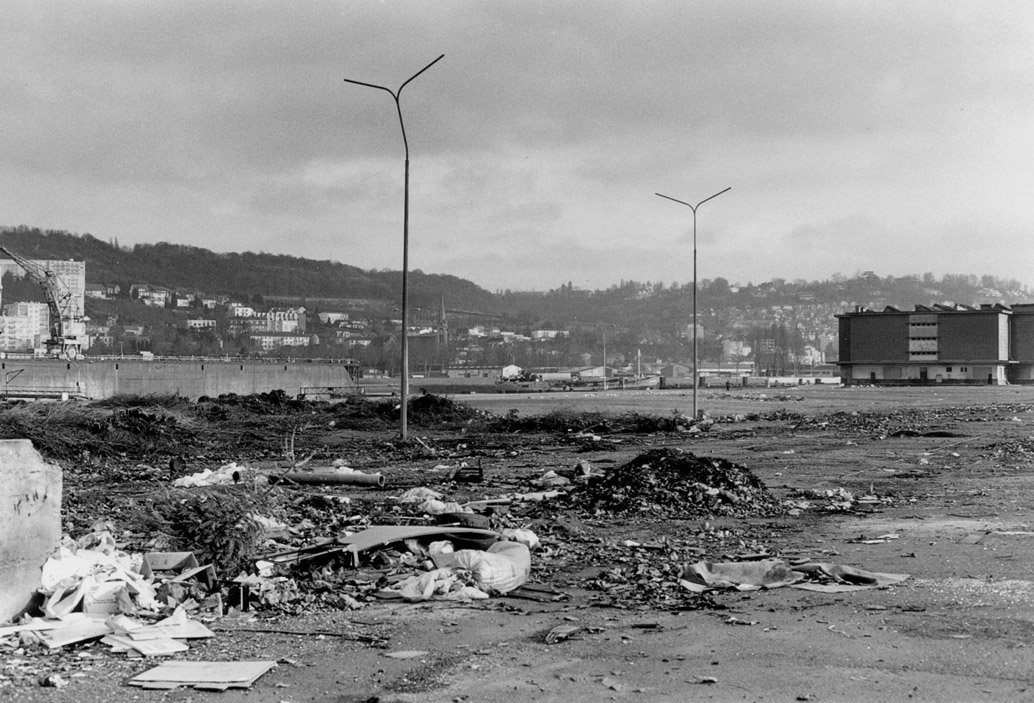 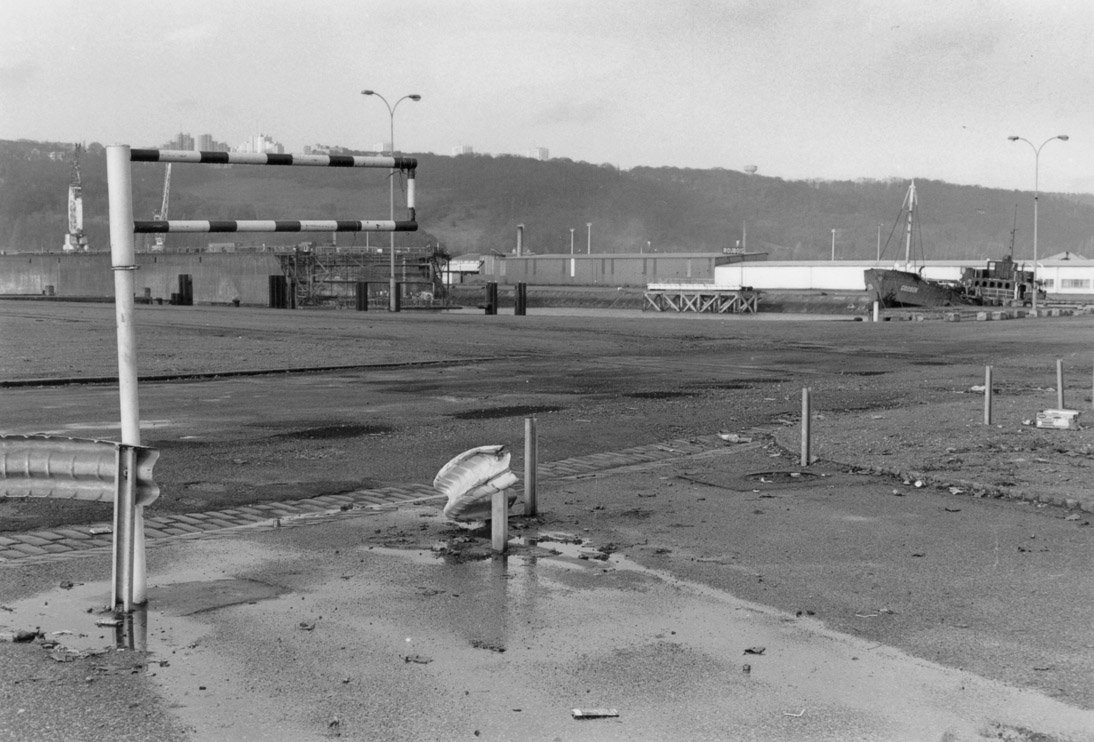 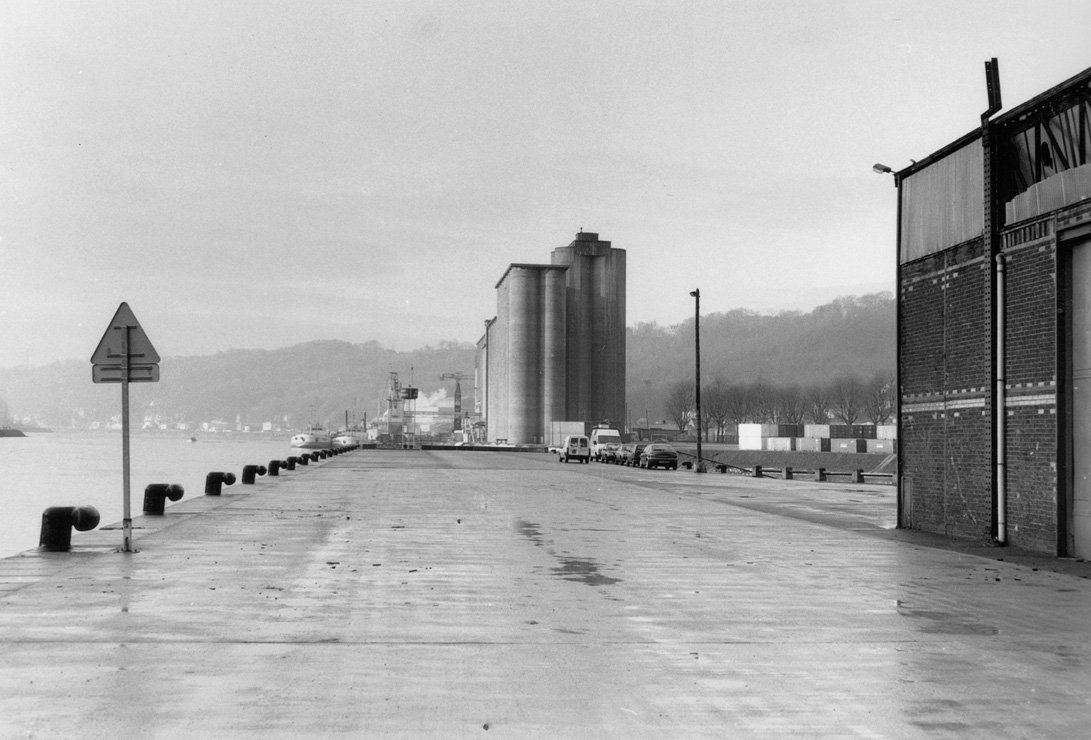 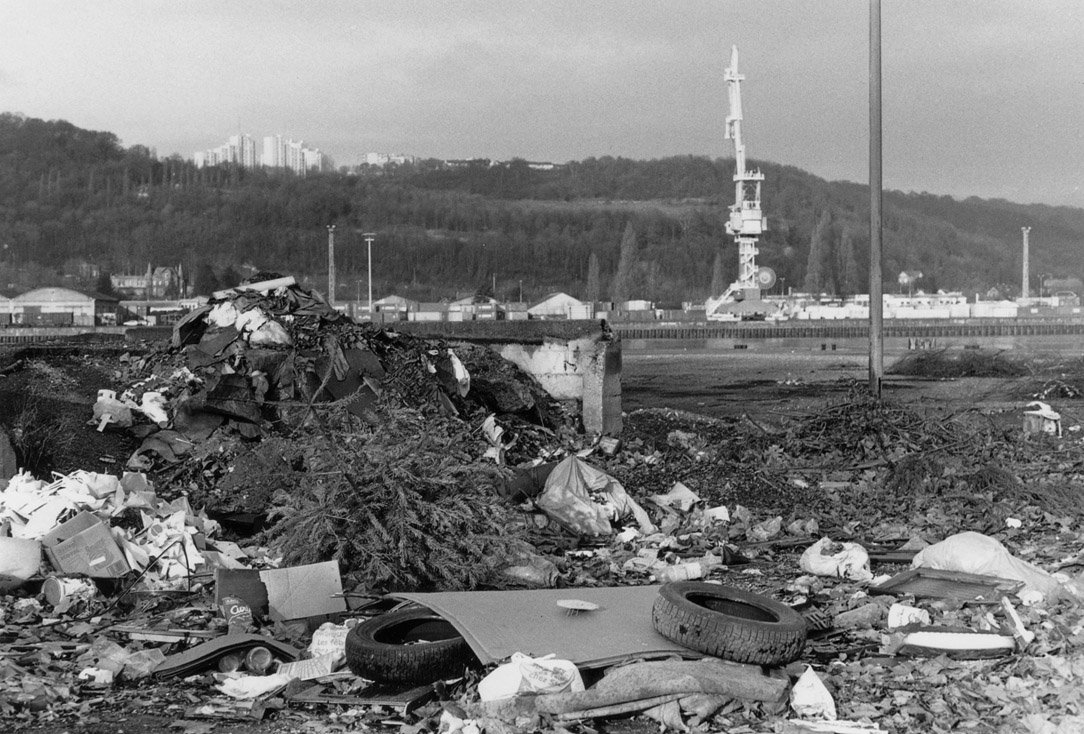 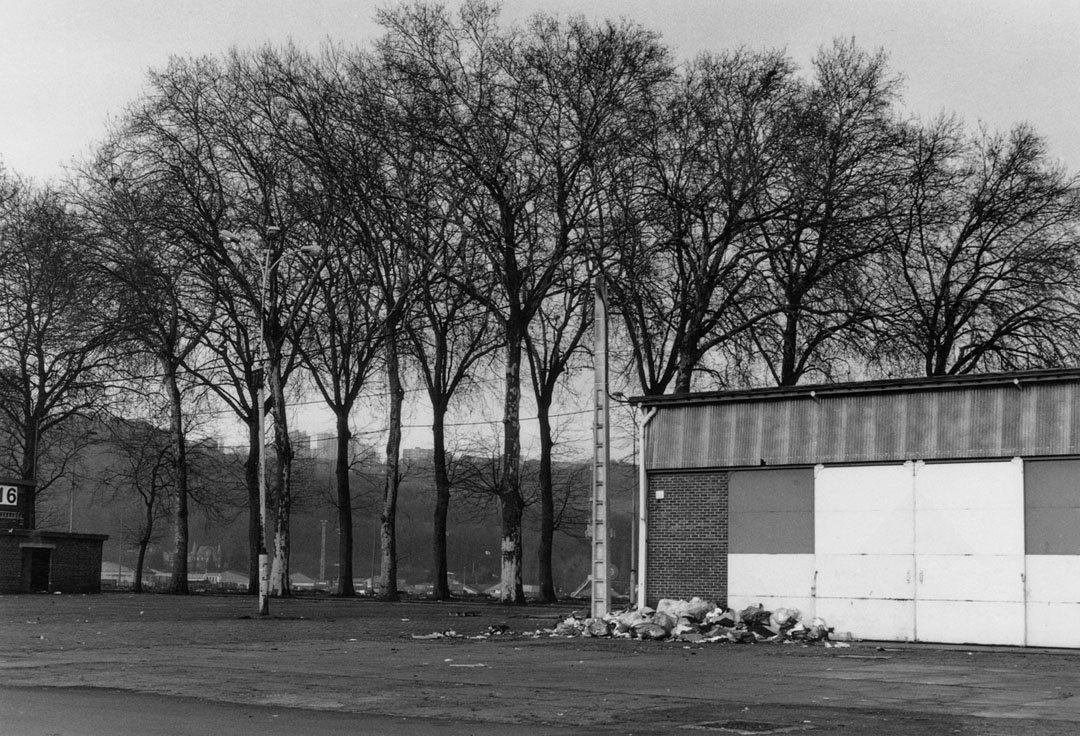 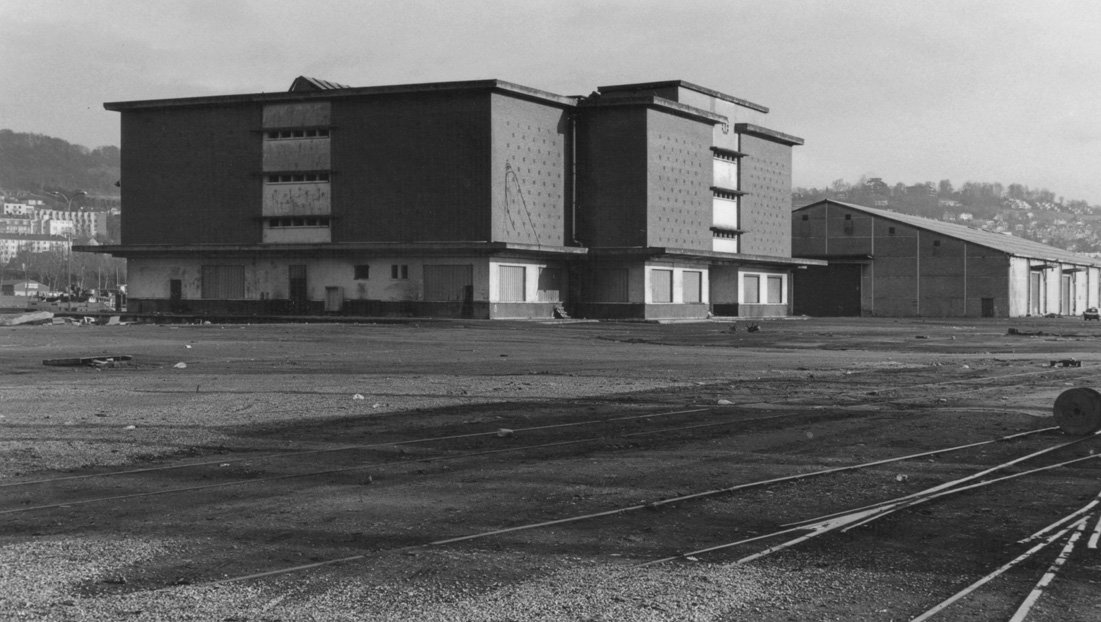 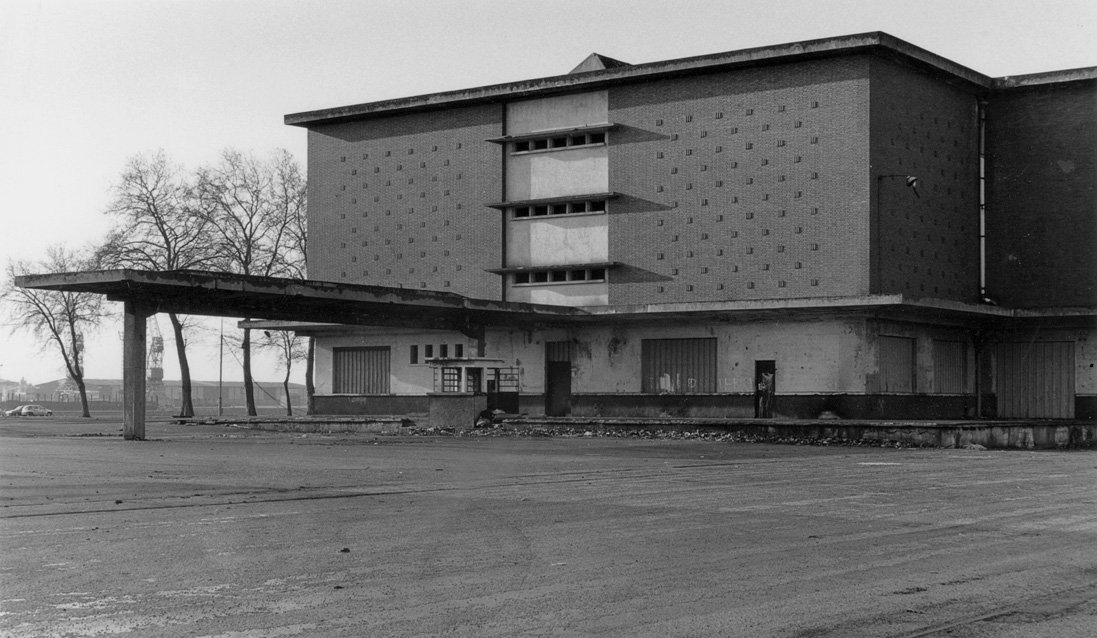 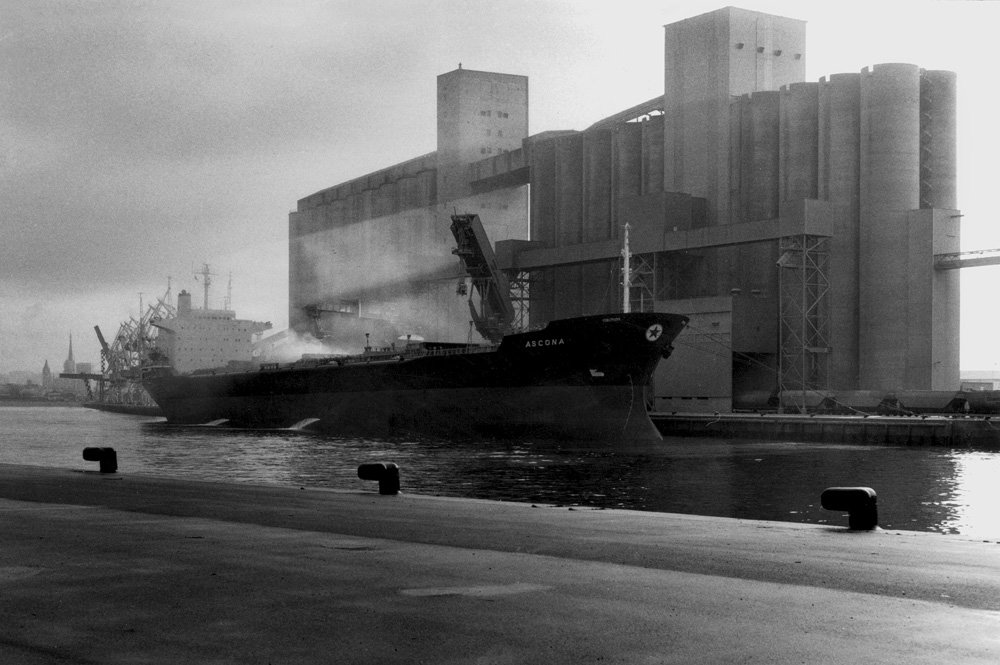 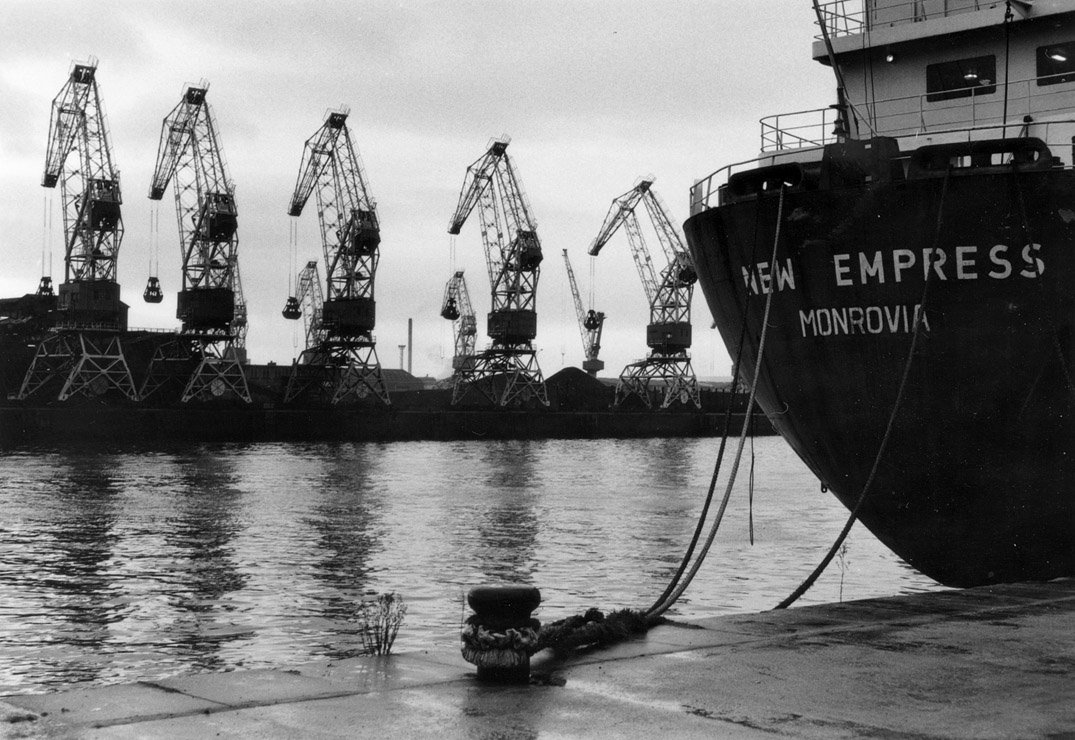 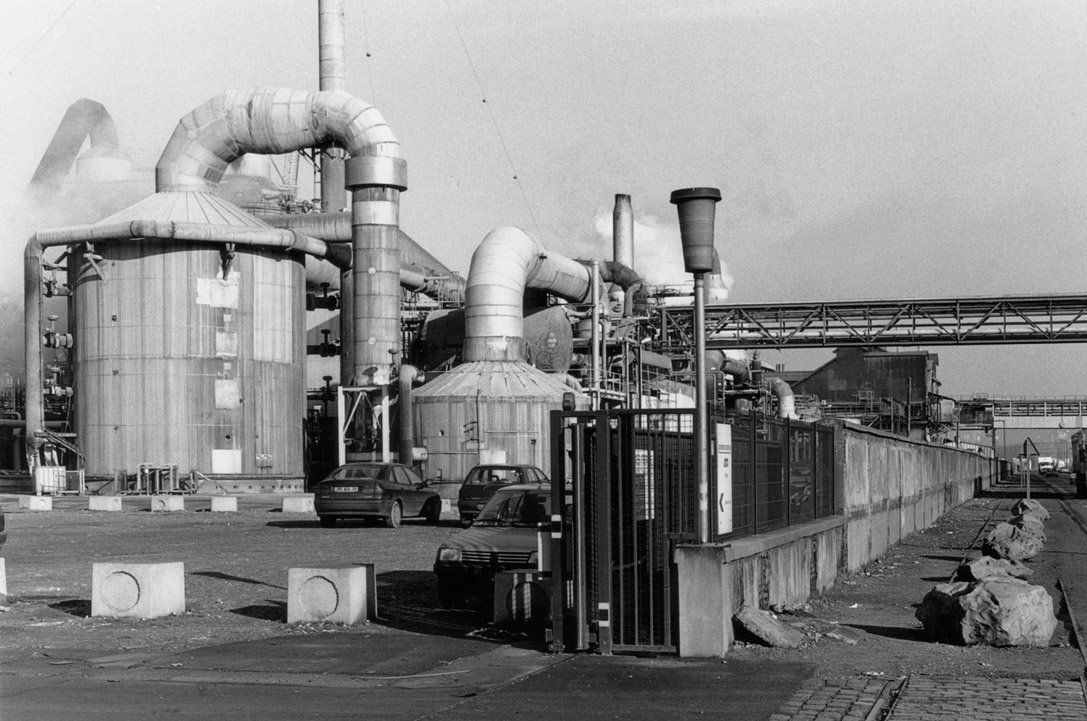 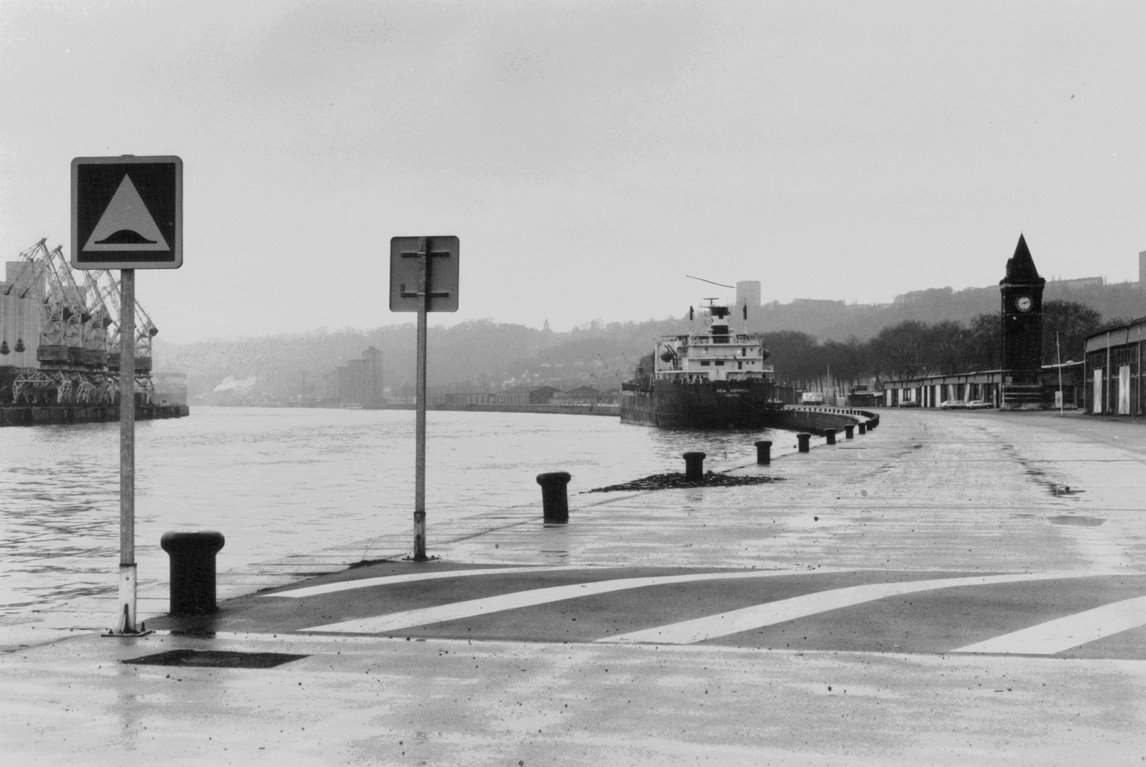 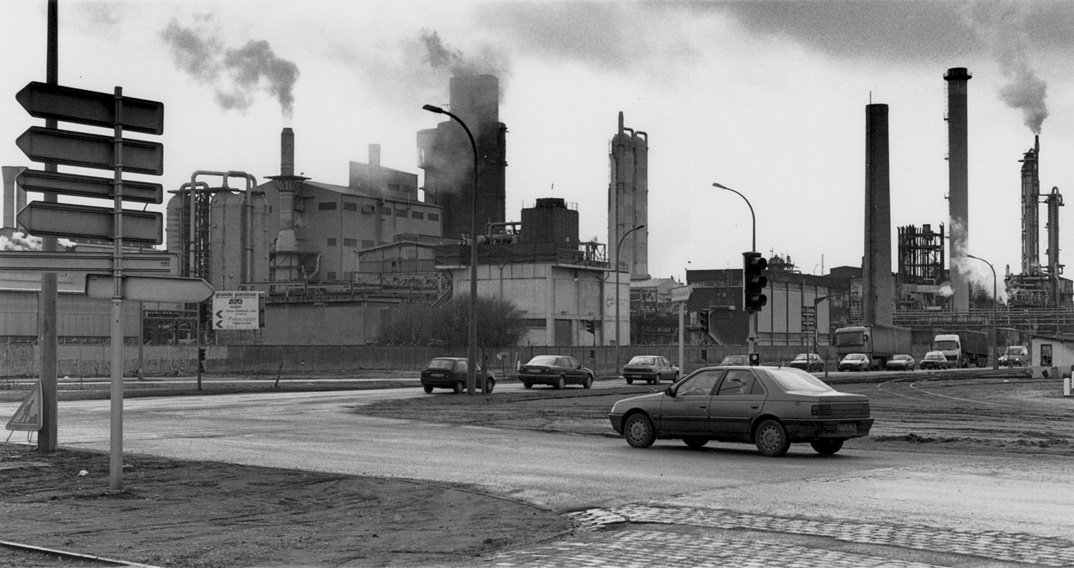 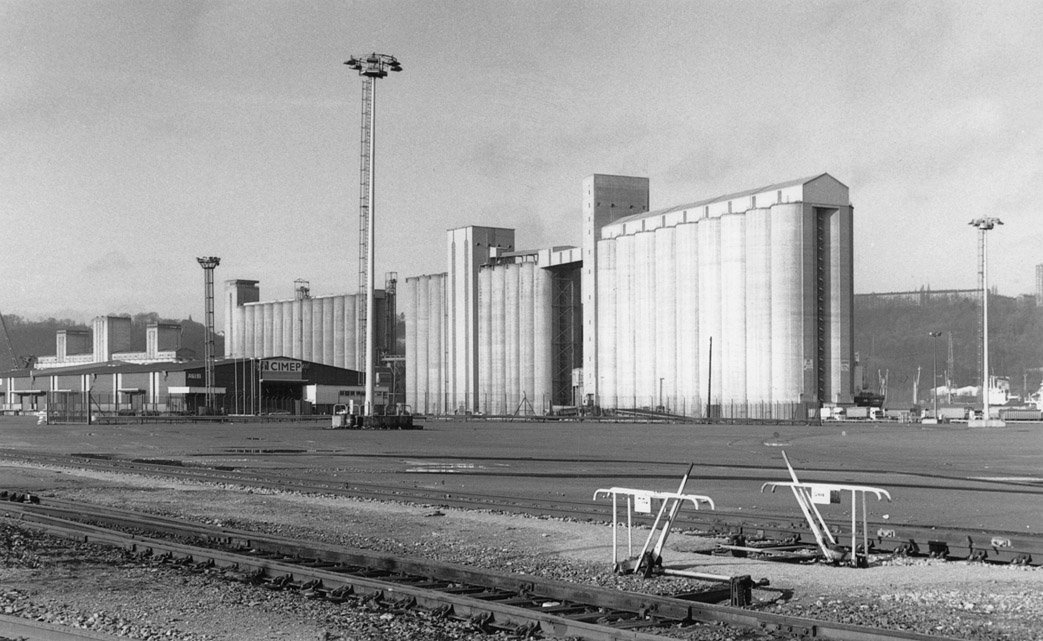 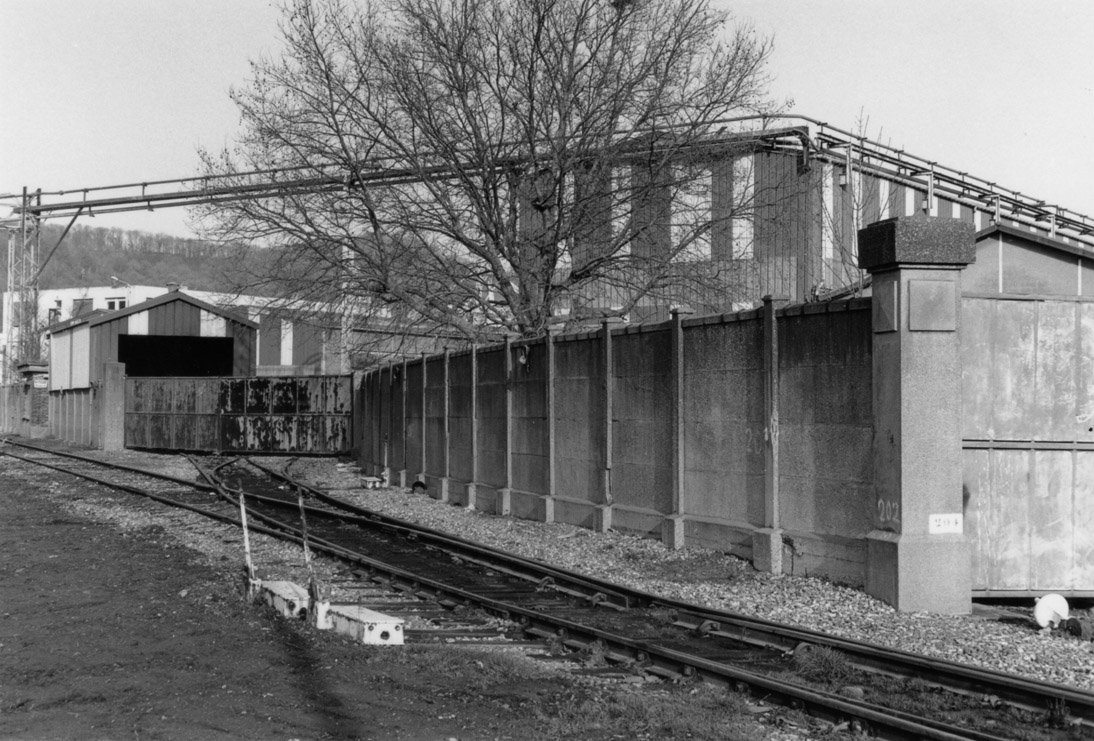 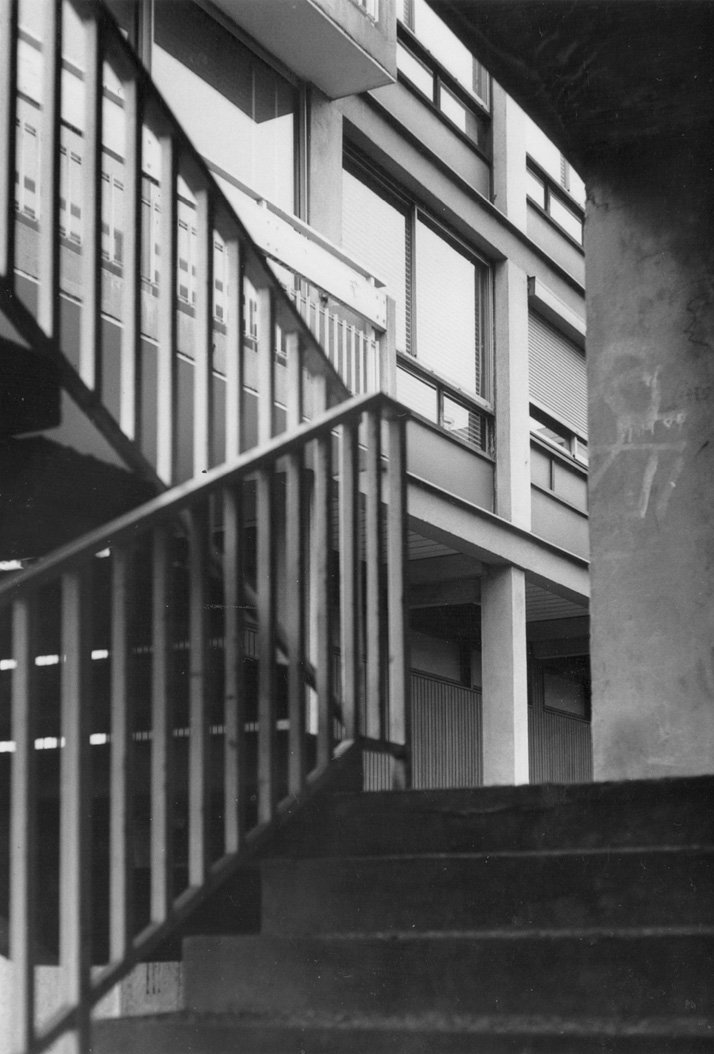 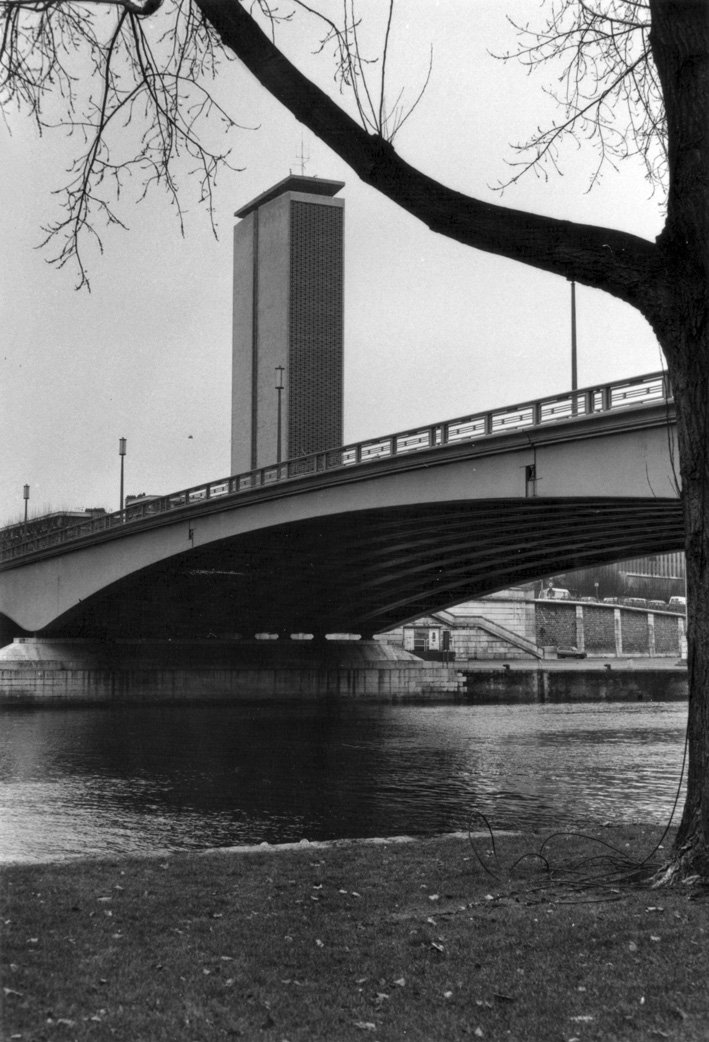 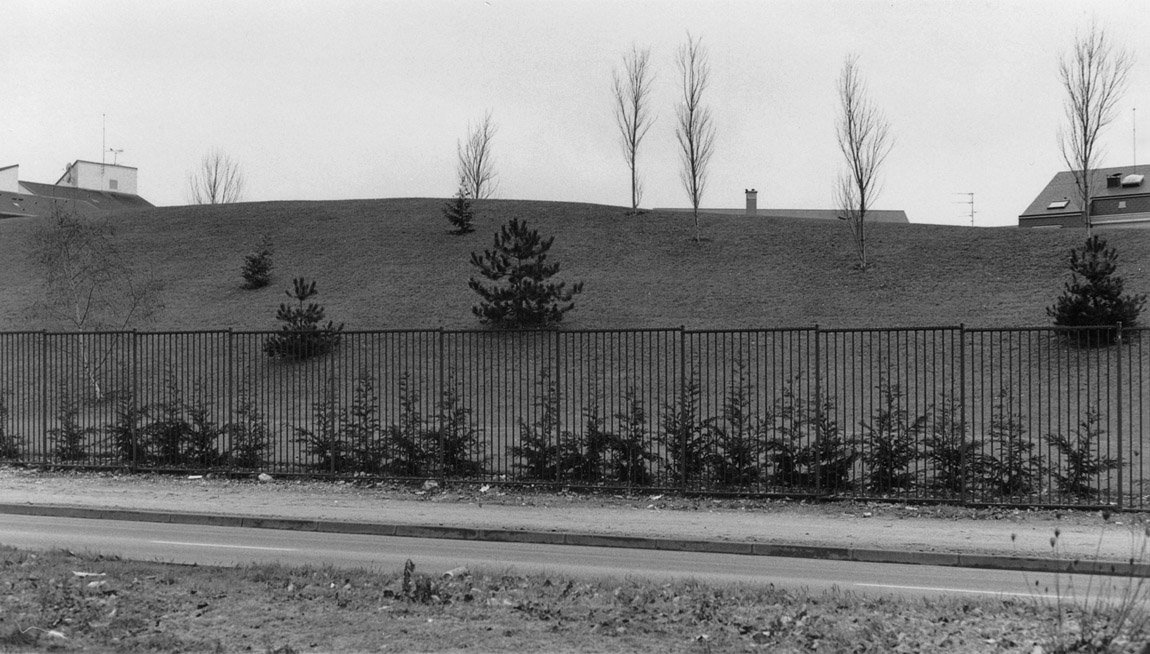 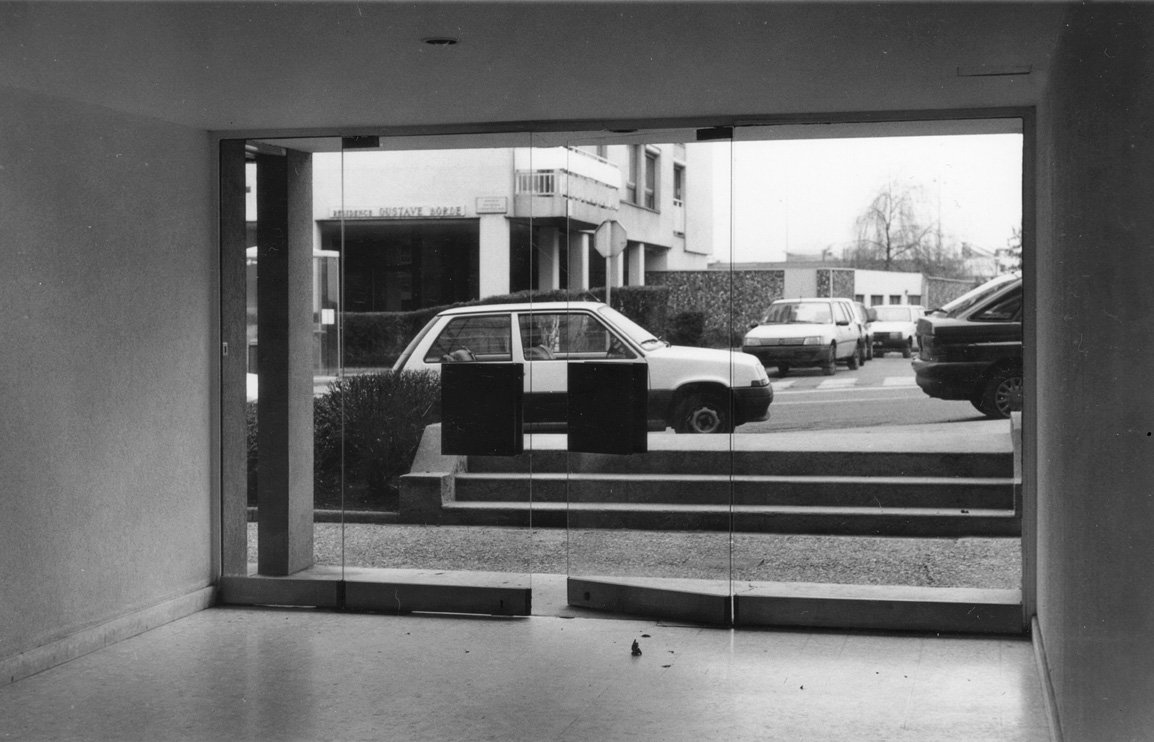 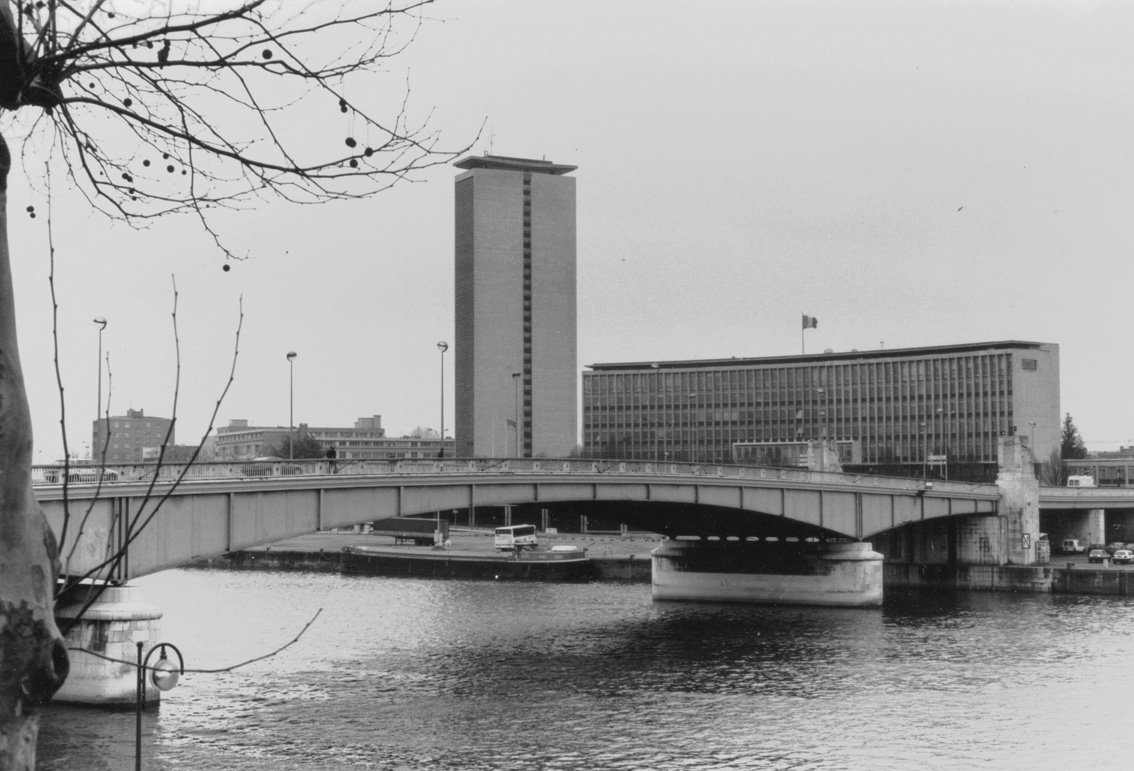 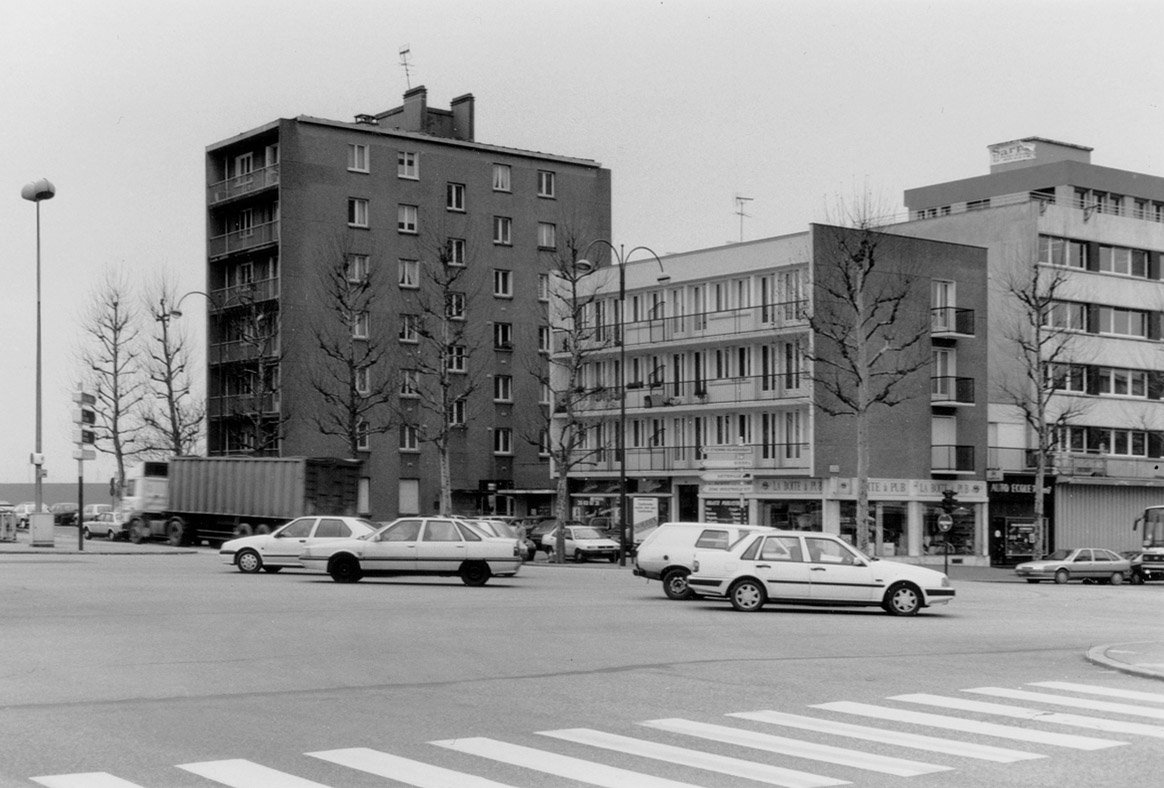